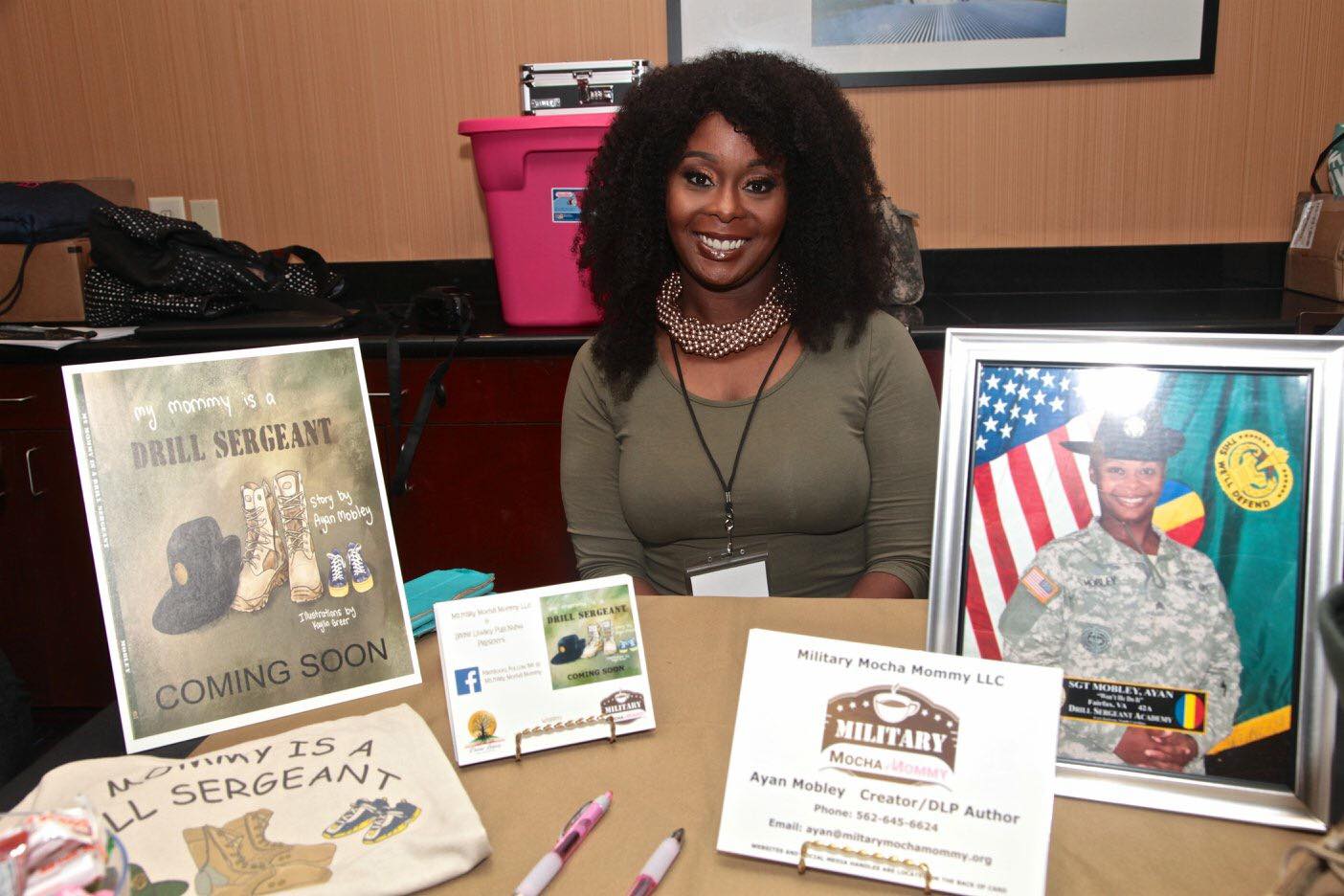 Amongst Ayan Mobley’s resolutions heading into 2018 was to start and finish her first book.

Much to her delight, she’s done just that, having composed a rather informative and compelling project that figures to impact single mothers from various walks of life.

“The reason for producing my book was to share awareness concerning life as a single parent, as well as an African-American female drill sergeant from the perspective of a child,” Mobley told Making Headline News this week.

The book to which Mobley is alluding is her recently-released written document entitled, “My Mommy Is A Drill Sergeant.”

A project that is uncharacteristically short in length — 28 pages to be technical — Mobley’s “My Mommy Is A Drill Sergeant” is a little more than a month removed from its much-anticipated release and, to her credit, it has already created an awe-inspiring buzz.

“I have gotten a lot of positive feedback from people in my own demographic, as well as others who are not familiar with the lifestyle of a military family,” Mobley, a native of Washington, D. C. who currently resides in Columbia, South Carolina. “Women in the military still seem to be a new concept for many people.”

That black women have found their way into various branches of the military is something that should never be taken for granted, much less overlooked, Mobley hinted.

“Black female drill sergeants in the Army were not as common as they are right now, and being a single parent as a drill sergeant is completely new. Most people are amazed by the amount of activities that a person in my position accomplishes in the course of a day or what my job entails.” — Drill Sergeant Ayan Mobley

That Mobley is afforded the luxury to juggle her assortment of duties as a well-respected drill sergeant and a devoted mother, it is due in large part to her valiant contributions regarding these trends that essentially have brought about a renewed sense of enthusiasm for a number of women, particularly those whom likewise serve their country as single mothers.

“I never thought in a million years that I would be a drill sergeant or be able to be a great influence on others,” Mobley said. “Sometimes, God causes you to have certain experiences so that you can be a testimony to others.”

To her credit and because of the divine calling on her life, it’s safe to assume that Mobley’s testimonies are having influential impacts amongst military moms around the country — and even outside of the United States.

“I know that God has so much more in store for me,” she said without hesitation. “I do plan to make my children’s book a series that’s geared toward letting everyone have a glimpse on what it feels like for a child to grow up in a military community especially as a minorities. I am also in the process of creating a blog entitled, ‘Military Mocha Mommy,’ which is a blog that shares resources and experiences about raising children as an African-American female service member.”

For what it’s worth, Mobley is especially grateful of the fact that she has been blessed to carry out her long-awaited vision in the form of a book, which is continuous, yet brief page-turner.

“The divine message that I am sending to my audience is the importance of family and the importance of children knowing what their parents do for a living and the fact that we set the example for our children,” Mobley said. “Our children are watching and emulating everything we do.”

Mobley also has announced the startup of her forthcoming organization called, “Military Mocha Mommy,” which will center largely on providing support and resources for military mothers and their families.

As for her itinerary, Mobley will be on hand for the Child Youth Services of Fort Jackson on September 24, during which she will be hosting a presentation and reading her book.

Also, Mobley said additional speaking engagements and round table discussions are presently in the works.

For more information about Columbia, South Carolina-based Author Ayan Mobley, or to schedule her for a public appearance, a book signing or speaking engagement, connect with her via social media at: Facebook/Military Mocha Mommy; Instagram/@military_mocha_mommy. Also, send email to: ayan@militarymochamommy.org.