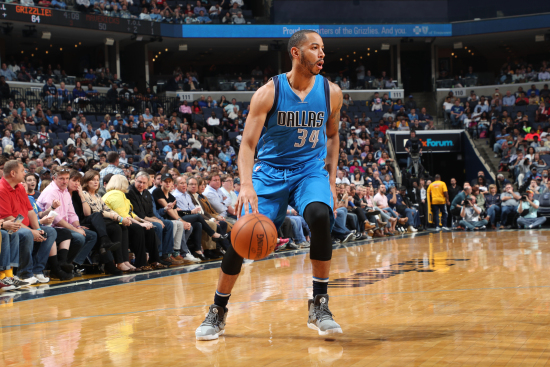 MEMPHIS, TN - MARCH 31: Devin Harris #34 of the Dallas Mavericks handles the ball during a game against the Memphis Grizzlies on March 31, 2017 at FedExForum in Memphis, Tennessee. NOTE TO -- USER: User expressly acknowledges and agrees that, by downloading and/or using this photograph, user is consenting to the terms and conditions of the Getty Images License Agreement. Mandatory Copyright Notice: Copyright 2017 NBAE (Photo by Joe Murphy/NBAE via Getty Images)

DALLAS — Trying hard to make sense of his brother’s tragic death, Dallas Mavericks veteran shooting guard Devin Harris felt it was time to step out for some fresh air.

Even if meant temporarily rejoining his teammates.

Speaking publicly for the first time since his brother, 38-year-old Bruce Harris, died last week as a result of injuries he sustained in a crash, Devin Harris addressed reporters prior to the Mavs’ game Monday night versus the Golden State Warriors, during which he spoke briefly about his close-knit relationship with his older sibling.

Appearing rather teary-eyed while fielding questions from the media in front of his locker, the Mavs’ reserved guard spoke about how anguished times are now for him and his family, who are presently preparing to lay his brother to rest.

“I lost my brother tragically,” Harris said. “It’s been a tough week. My family is taking it pretty hard as you would expect them to…probably the saddest thing I’ve had to deal with as far as trying to explain it to his kids and my kids.”

As expected, the support from the Mavericks and community has been overwhelming said Harris, a 13-year-veteran who is in his second stint with Dallas.

“The support I’ve gotten from the team and the community has been great,” Harris said. “And I ask for a little privacy as we try to deal with this for the next couple of weeks and hopefully we can get back to some type normalcy.”

Granted an immediate leave of absence by the team, Harris said there is no timetable for his return to a Mavs squad that fell to 0-4 on the season following Monday night’s 133-103 loss to the defending NBA champion Warriors in the American Airlines Center.

Prior to the game, Golden State superstar Stephen Curry took a moment to console Harris’ 9-year-old nephew, Brayden, amid his father’s death, a meeting that was set up by Curry’s brother, Seth, a backup guard with the Mavericks, and Warriors guard Shaun Livingston, a longtime friend of Harris.

According to a Dallas police statement,  Harris’ brother died in the afternoon on October 12 as a result of injuries from a 1:40 a.m. crash on Texas U.S. 75 just north of Loop 12 in North Dallas. Officer Tamika Dameron, a police spokeswoman, said Harris and another man were in a disabled vehicle when it was slammed from behind and set on fire by a car with two 23-year-old men.

Consequently, all four occupants were taken to Presbyterian Hospital about a block from the site of the crash.

“We still don’t have a whole lot of details,” Devin Harris said. “All we know is the car broke down and he got rear-ended and that’s as much as we know. I mean, there are still some details to be collected and we look forward to having those answers.”

Five days removed from fielding the devastating news of his brother’s tragic death, Harris sensed it was time to seek some sort of solace as his bereaved family prepares to bid farewell to Bruce.

“I can only sit in the house for so long and…I mean, to get out and get some fresh air,” Harris, a native of Milwaukee, said. “You know, (my teammates) are my brothers too. I spend every day with them, so just to see them and be around them has helped with my healing as well. It’s been that way when other things have happened, so I don’t see why it would be any different now. I’ve worked out the past couple of days, but it still hasn’t really felt normal. But like I said, hopefully it’ll get back to that feeling.”

Asked to assess his brother’s legacy, Harris, hinting that he plans to dedicate the remainder of the season to Bruce, said, “I mean, he was a guy that everybody knew and everybody loved. I mean, he touched a lot of people, whether it was here in Dallas or whether it was in Milwaukee. He had the biggest heart and he was a great father and a great brother, and I think we will try to display that when we remember him.”

The Mavericks return to action Wednesday at 7:30 p.m. CST when they welcome the Memphis Grizzlies (3-0) to the American Airlines Center. 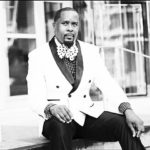 Andre Johnson is the Founder/Publisher And Editor-In-Chief of Making Headline News. A 2000 graduate of the University of Memphis School of Journalism and a former reporter of sports for the Memphis Commercial Appeal newspaper, Johnson covers the NBA Southwest Division from Dallas, Texas. To reach Johnson, call him at 901-690-6587 or send email to andre@makingheadlinenews.com. Also, follow him on Twitter @AJ_Journalist.