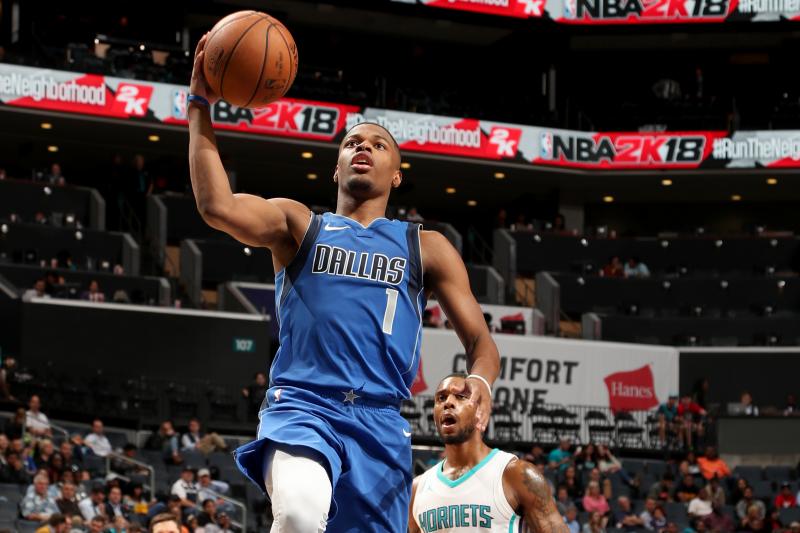 DALLAS — Approximately 90 minutes prior to the Dallas Mavericks’ final game before the All-Star break on Tuesday, Mavs point guard Dennis Smith Jr. sat in front of his locker, trying all he could to keep from basking in the glory of the moment.

That’s because Dallas’ prized rookie was a couple of days away from showcasing his skills on the NBA’s most celebrated and star-studded stage.

An event that will precede the Taco Bell Skills Challenge and the JBL Three-Point Contest, Smith Jr. is the third player in Mavs history to compete in the Slam Dunk Contest, joining Tony Dumas and Michael Finley.

Finley, who played for Dallas from 1996-2005, finished third at the event held in Cleveland in 1997. Dumas, whose four NBA seasons were spent mostly with Dallas from 1994 to 1996, failed to advance past the first round of the 1995 competition held in Phoenix.

The 67th Annual All-Star Game is Sunday at 7 p.m. CST on TNT and will feature Team Stephen versus Team LeBron.

For the 20-year-old Smith Jr., whose 48-inch vertical leap during a pre-draft workout with the Los Angeles Lakers last summer reportedly tied an NBA record, if things go his way Saturday night, the possibility exist that he will emerge as the Slam Dunk champion.

According to odds makers, while labeling this year’s competition as an open race, they predict the winner of this year’s event will likely come to down to Smith Jr. and newly-acquired Cleveland power forward Larry Nance Jr., with the 6-foot-3 Smith edging out Nance in the finals.

Joining Smith Jr. in the Slam Dunk competition are fellow rookie Donovan Mitchell of the Utah Jazz, Indiana Pacers guard Victor Oladipo, the field’s only All-Star, and Nance Jr., a second-generation dunk contest participant, whose father won the contest in 1984.

“I’m humbled by it,” Smith Jr., during an interview with Making Headline News, said of being selected to compete in the Slam Dunk Contest. “It’s a blessing to be there. You know, you work hard and dream about things like that and, finally, it’s a great honor for me. It’s a blessing.”

Though Mavs coach Rick Carlisle earlier this week was complementary of his star rookie being selected for a chance to become the first slam dunk champion in team history, he also took the time to pass along to the team’s second-leading scorer some pertinent advice that was comprised of just two words.

Aside from joining arguably the NBA’s finest players this weekend in Los Angeles, where he will also compete for the U.S. Team in the Mountain Dew Kickstart Rising Stars game Friday night, Smith Jr. described participating in the Slam Dunk Contest as a “dream come true,” considering he’s spent years watching YouTube footage of Michael Jordan and a host of other electrifying dunkers.

“I like Vince (Sacramento Kings veteran Carter), T-Mac (Tracy McGrady), Jordan,” Smith Jr. said. “You know, there’s a couple of others…Steve Francis. And Penny (Hardaway). That’s my dawg, but I’m not going to throw him in (on the list).”

For what it’s worth, Carlisle said that Smith Jr. appearing on the league’s grandest stage this weekend is a testament of the solid work he’s put in prior to entering the NBA as the No. 9 overall pick last June.

“I want him to learn from it,” Carlisle said. “He’s hard to guard and he gets his teammates involved. You know, I love the way he’s being an aggressive scorer with the awareness of putting his teammates in position to score. From the perspective of how he understood the game even before coming to the NBA to where he is now, you know, he’s made tremendous strides there.”

If things go his way Saturday night, the Mavs’ prized newcomer will add yet another notable accolade to what is already a memorable rookie campaign. 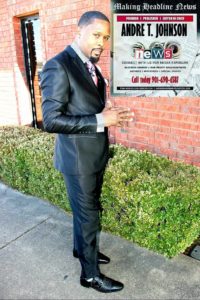 Andre Johnson is the Founder/Publisher And Editor In Chief of Making Headline News. A 2000 graduate of the University of Memphis School of Journalism and a former reporter of sports for the Memphis Commercial Appeal newspaper, Johnson covers the NBA Southwest Division from Dallas, Texas. To reach Johnson, call him at 901-690-6587 or send email to andre@makingheadlinenews.com. Also, follow him on Twitter @AJ_Journalist.