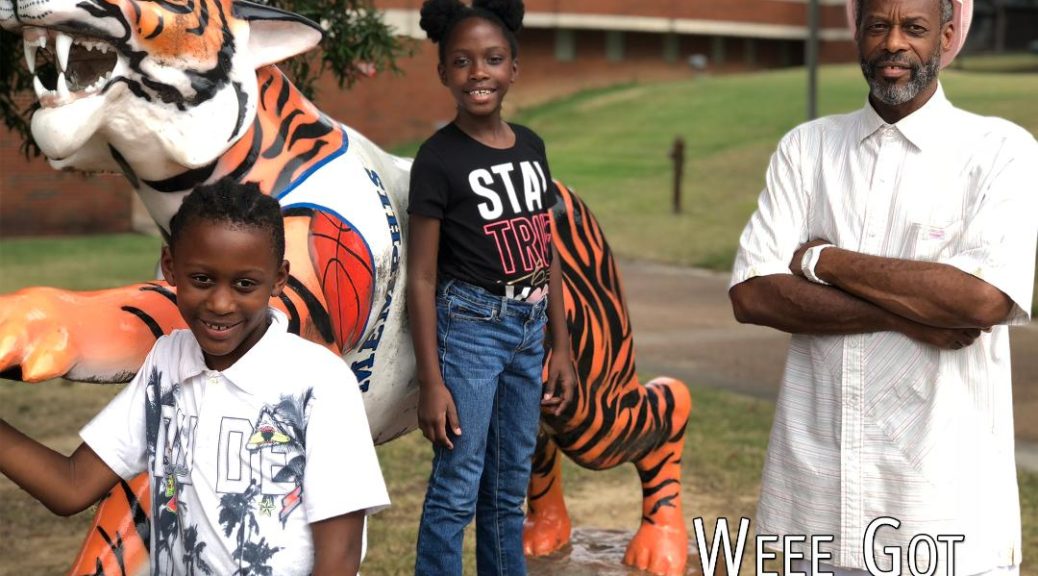 As Anfernee “Penny” Hardaway prepares to begin a new era as the new University of Memphis men’s basketball coach this week when the Tigers host a sold out Memphis Madness in FedExForum, one longtime U of M faithful has something intriguing to pass along to the Bluff City hoops legend.

Longtime entertainer Gregory Lofton, a native Memphian, the CEO of Silky International Records and the mastermind behind the hit song, “Tiger Fever,” doesn’t shy away from the notion that he’s determined to garner the attention of Hardaway, a former U of M star and four-time NBA All-Star.

“I want it to be known that a song by an unsigned artist and publisher is worth $250,000 per year to sample and with all monies due according to the copyright act under a master licensing agreement that covers The Penny Hardaway Show, Stadium use, performance and broadcast royalties, CD and DVD production, TV, Movies, Film, etc.,” Lofton told Making Headline News during a recent interview.

“The University of Memphis, the Rebounders Club, and Highland Hundred Club know about this project, but I will not give my hard work away for exposure and season tickets,” Lofton continued. “Writing exposure instead of a dollar amount on a check will buy me nothing for my hard work.”

Lofton, meanwhile, was extremely complementary of one Mid-South radio personality, who deemed it essential to applaud his immeasurable body of work as an entertainer.

“My strongest supporter at the time I was trying to promote Tiger Fever was John ‘The Rainman’ Rainey,’ said Lofton, alluding to the sports media personality for WHBQ 56AM’s The Southern Sports Report.  If you want to know how powerful a theme song like ‘Jingle Tiger Fever’ is, talk to him.”

According to Lofton, Rainey had gone as far as to play Tiger Fever during Memphis’ NCAA Final Four run in 2008, a sequence that ended with the Tigers losing to Kansas in overtime, 75-68, in the championship game.

“(Rainey) used Tiger Fever to open his show and played several snit bits of it within the first hour of the show,” Lofton said.

Now with the Hardaway coaching era looming, coupled with all of the hoopla surrounding Tiger hoops, Lofton remains hopeful that the former Memphis Treadwell High star will follow Rainey’s lead and tune in to his compelling musical project.

Hardaway, 47, was hired as head coach by his alma mater on March 19, having replaced Tubby Smith, who was fired after two seasons at Memphis.

Lofton was rather forthright in his proposition to Hardaway.

“I’m willing to transfer the rights over to you, Penny, to own it outright,” Lofton said. “You and I are North Memphis products and I support you. I only met you once when I was with Kevin Morrow.  I will do for you what I would do for the university administrators. You will own everything outright.  The whole collection promotes Memphis and the Tigers. I put my hard earned money and intellectual properties into this project and I deserve financial gratification.”

Besides Rainey, Lofton said that U of M Band Director Albert Nuguen is familiar with his popular hit that is “Tiger Fever.”

All of which is why he has extended a plea to Hardaway to strongly consider listening to what could very well become an enjoyable and fun trend for U of M sports fans.

“I was asking the one-year sampling rate of $250,000 as a buyout price that I knew they were going to try and juggle with price lowering strategies,” Lofton said. “The administration will not deal with me, because of my deep knowledge of the music industry game and knowing my worth when it comes to licensing. They will deal with (Hardaway) if (he) owns the rights in full for (his) program.”

Along with his direct proposition to Hardaway to assume copyrights of his work, Lofton is pleading with the local media to look into his music.

“The Memphis media — even though they never did a story on me — know about my work,” Lofton said.

For more information about Memphis Businessman Gregory Lofton of Silky International Records or to inquire about his music, call 901.474.9209. Also, send email to: gregorylofton@ymail.com.