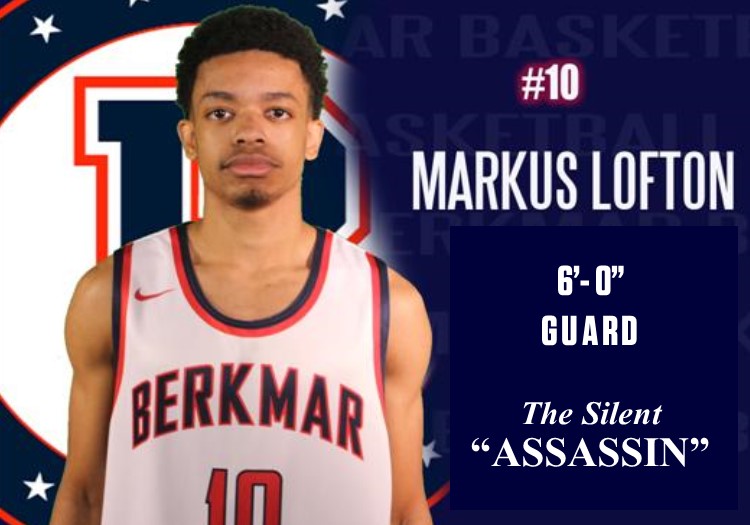 EDITOR’S NOTE: This is the first of a series of reports on Berkmar High School basketball standout Markus Lofton as Making Headline News will chronicle his progress through his upcoming senior campaign.

Yep, surely, the kid who’s widely known as “The Old Soul” and “The Silent Assassin” is as good as advertised, a trend a flurry of college scouts and recruiters will likely discover in this, Lofton’s forthcoming final full year of high hoops.

“Markus first started playing basketball when he was three years old,” said Marlon Lofton, Markus’ father. “He would not leave the house without a basketball jersey, wrist bands, and head band on.”

Ever since his parents first introduced him to basketball, Markus Lofton has been nothing short of brilliant, especially on the ever-so-competitive ATL hoops circuit.

A 6-foot swingman who helped propel Greg Phillips’ Berkmar High team to a third place region mark of 16-13 finish in 2017-18, Markus Lofton figures to raise his level of play in what undoubtedly will be a crucial campaign for him.

Crucial in the sense that he knows full well that he’s auditioning for a full ride scholarship, something he’s dreamt about since, well, he first picked up a basketball at age of three.

“They’ve been very encouraging and uplifting,” said Markus Lofton, explaining his parents’ immeasurable impact on rise as one of Berkmar’s marquee players. “They always persuade me to follow my dreams.”

And following diligently after his dreams is certainly what this basketball-crazed kid has done throughout the years.

Coming off of a stellar junior campaign in which he was afforded the golden opportunity to play significant roles both of the varsity and junior varsity squads, Markus Lofton held his own and, a majority of the time, he exceeded his own expectations.

For starters, he manufactured an impressive scoring average last year with 16 points per game along with four rebounds, while handing out five assists while being the only Berkmar player to see action both on JV and varsity. Add to the fact that he converted 91 percent of his free throws and shot an impressive 52 percent from three-point range, and it’s no wonder he’s already fallen under the radar of a handful of major Division 1 schools.

With others likely to follow, presuming his all-around game takes a significant upgrade this upcoming season.

According to Markus Lofton, Baylor, Stetson, Auburn, and Clemson are amongst the schools that have expressed interest in his services.

“It’s been a dream since I was younger,” Markus Lofton said of the possibility of playing major college basketball. “Basketball is all that I know and have studied, so it not being a dream wasn’t an option for me.”

As he prepares for his decisive prep season, Markus’ father, too, has stressed to his son the importance of not settling for the success he enjoyed last year. Rather, he deems it essential to often remind him on the importance of increasing his productivity and leadership qualities.

“To whom much is given, much is required,” said Marlon Lofton, when asked what pertinent advice he often passes along his son, whose impressive basketball resume includes playing for the Georgia Tornadoes, G- Team USA and ATL Playmakers AAU squads. “I also tell him what his great grandmother told me: ‘Let the work you do, speak for you.’ I think this is why he is always in the gym. He doesn’t miss a day in the gym with his coaches or working on his game and training.”

For what’s it worth, the Loftons are confident that given their son’s immeasurable track record on the court to date, the time and work he’s invested will surely pay off with arguably his grand prize — a full ride scholarship, coupled with a college basketball uniform.

And everything else that comes with it.

“He is smart, witty, and wants to study Sports Management, Education, and Health outside of basketball,” said Marlon Lofton, adding that his son boasts what he deems a high IQ and exceptional wisdom. “With sports growing the way that it does, the door for him is wide open with major opportunities.

“My wife of 31 years and I believed that he loved the sport so much, he would sit and study the game, watching his older brother (Markele) who is a good player and has graduated from Georgia State University.”

If Markus Lofton’s has his way and continues to show he’s as good as advertised, the Lofton household will soon find itself going to more college basketball games in the near future.

As evidenced by all of that impressive YouTube footage of the kid who’s widely known as “The Old Soul” and “The Silent Assassin”.