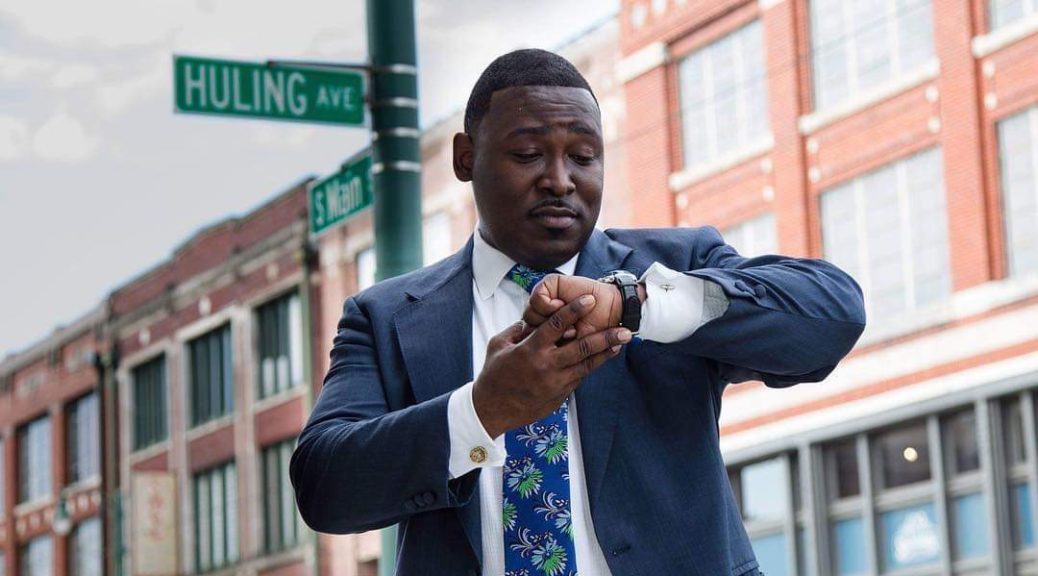 A man’s gift makes room for him, and brings him before great men. (Proverbs 18:16 KJV)

‘I AM NUMBER ONE’

So much, in fact, that this accomplished and prominent Memphis businessman is steadily devising ways to help advance the kingdom, particularly through his assortment of immeasurable and unorthodox spiritual gifts.

“I’m not living unless I’m inspiring others,” Scruggs told Making Headline News during a recent interview. “My mind goes to some people who gave so much to me like the late Bishop G.E. Patterson, my mom, Evangelist Louise Patterson, my mentors: Dr. Ken Brown, Ed Stanton, Bobby White, Art Horne, Kevin McCarthy, and former teachers, family and friends.

A Mid-South-area public figure who grew up in inner city Memphis, Scruggs’ business-related venture includes — but isn’t limited to — motivating young people to be “No. 1” and reaching their full potential. 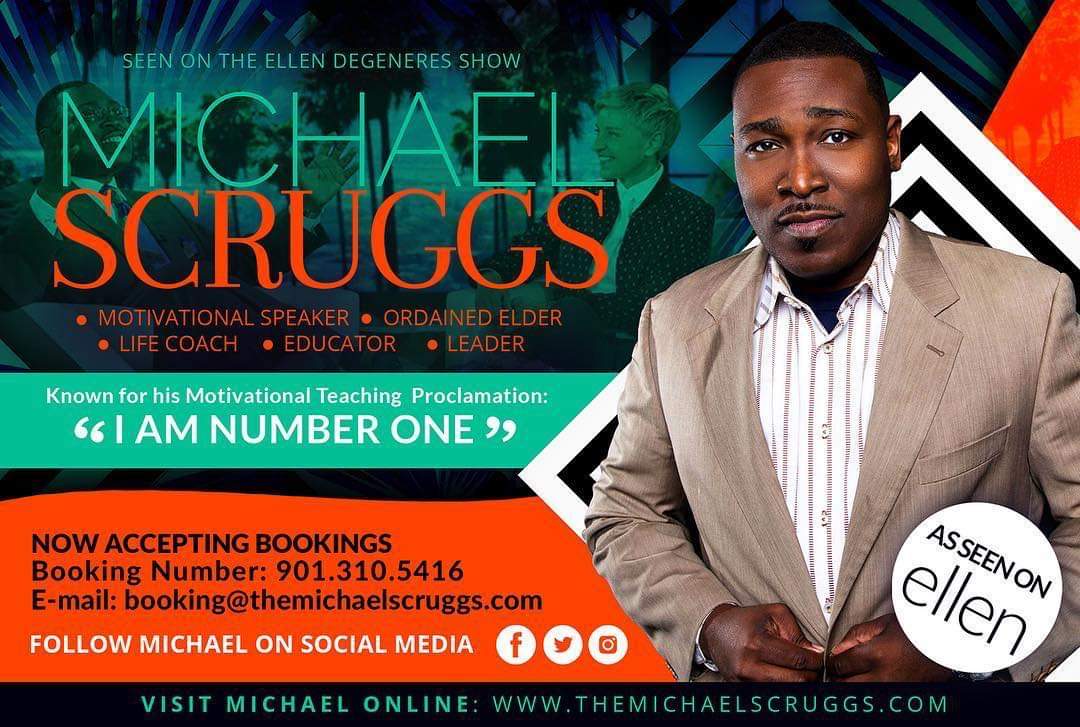 A nationally-acclaimed motivational speaker, ordained elder, life coach, and educator, Scruggs is the mastermind behind his “I AM NUMBER ONE” clothing apparel that’s customarily worn around town by numerous Mid-Southerners.

As Scruggs explained, he deems it his civic duty to not only remain humble while savoring sustained entrepreneurship success but, most importantly, to make it a point to give back.

And not just give back for the sake of doing it, but to give back in such a way that it greatly inspires others — especially this millennial generation — to follow suit.

“I grew up in the inner city, so I always wanted to give back to young people who didn’t have a lot,” Scruggs, a Memphis Central High and Clark Atlanta University alum, said. “I used my life experiences and struggles to want to make a difference in the lives of others. The thing I like most about my business is that there’s no monetary value attached to the impact you see in the growth of helping youth. (My mentors) gave me so much, so I owe it others to do the same.”

Much to his delight, Scruggs’ valiant contributions to the community in recent years have nothing short of remarkable.

In addition to attracting a slew of national headlines that featured footage of Scruggs running around his classroom uttering his famous, jubilant “I Am Number One” chant, the COGIC-affiliated minister in 2017 appeared The Ellen DeGeneres Show to share of his awe-inspiring story, one that has drawn a massive figurative applause amongst millions of viewers around the country.

“It has opened up so many doors for me and I’m still humbled by all of the national attention,” Scruggs, during a June 2017 interview with Making Headline News, said of surprise appearance on a national talk show. “Favor will do what your money can’t do.”

Scruggs’ feel good story also resulted in appearances on CNN and ABC’s Good Morning America, a trend that, well, only reinforces that favor will do what your money can’t.

Talk about a constant busy body. 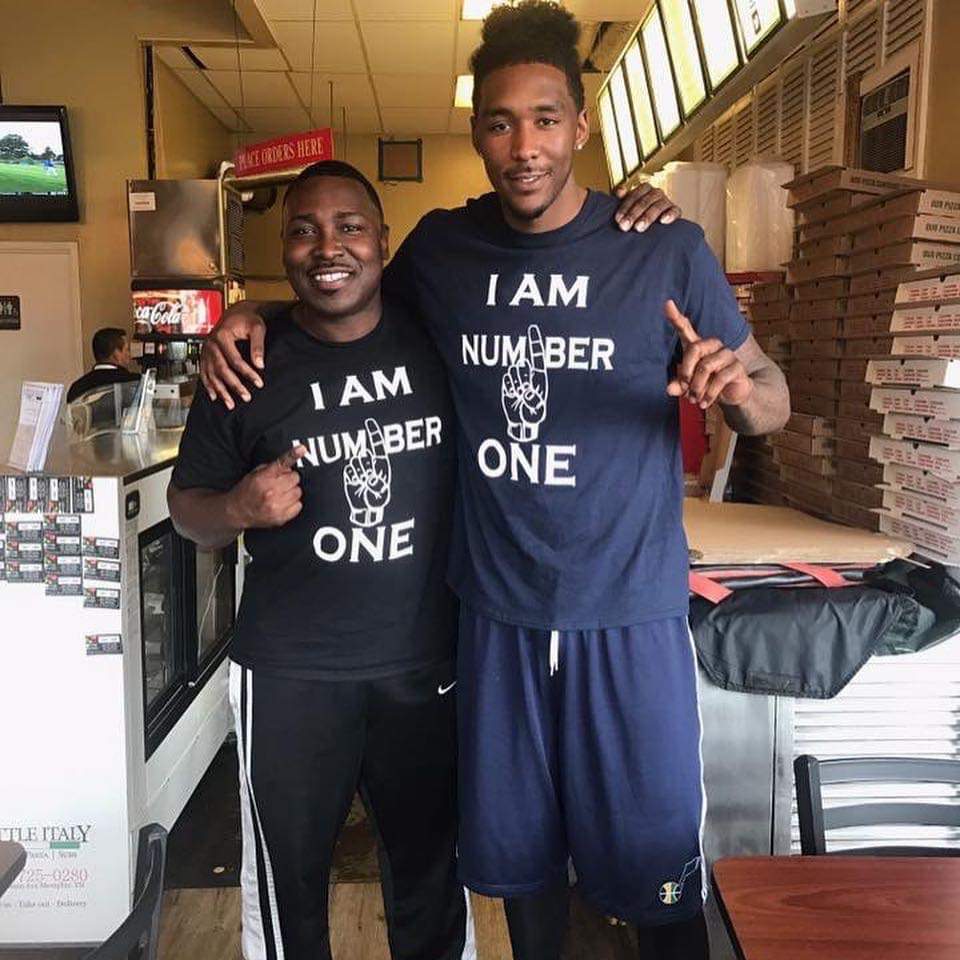 All things considered, amongst the things of which Scruggs is especially guilty is pausing periodically to pay homage to the One Who has strategically allowed his gifts to make room for him.

“I’m really blessed to take my talents to my present job,” Scruggs said of his current gig at AGAPE, a Memphis-based on-profit organization that customarily serves children, families, and communities by sharing God’s love throughout the Mid-South. “AGAPE is so instrumental in helping families come out of poverty and that has always been a passion of mine.”

WHERE IT ALL STARTED

Besides having enjoyed his share of nationally-acclaimed success, Scruggs possesses a solid itinerary, which includes  several speaking engagements. He also announced that his book is presently in the works, as well as a podcast, youth summit, and a few national workshops. “Honestly,” Scruggs said, “I’ve been doing this for over 15 years.”

For more information about Mid-South-area Businessman Michael Scruggs, or to book him for a public appearance or speaking engagement, call 901.310. 5416. Also, send email to: booking@themichaelscruggs.com. 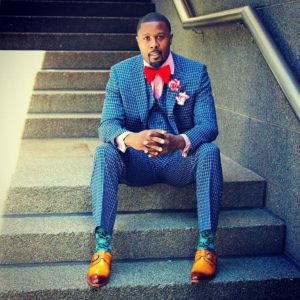 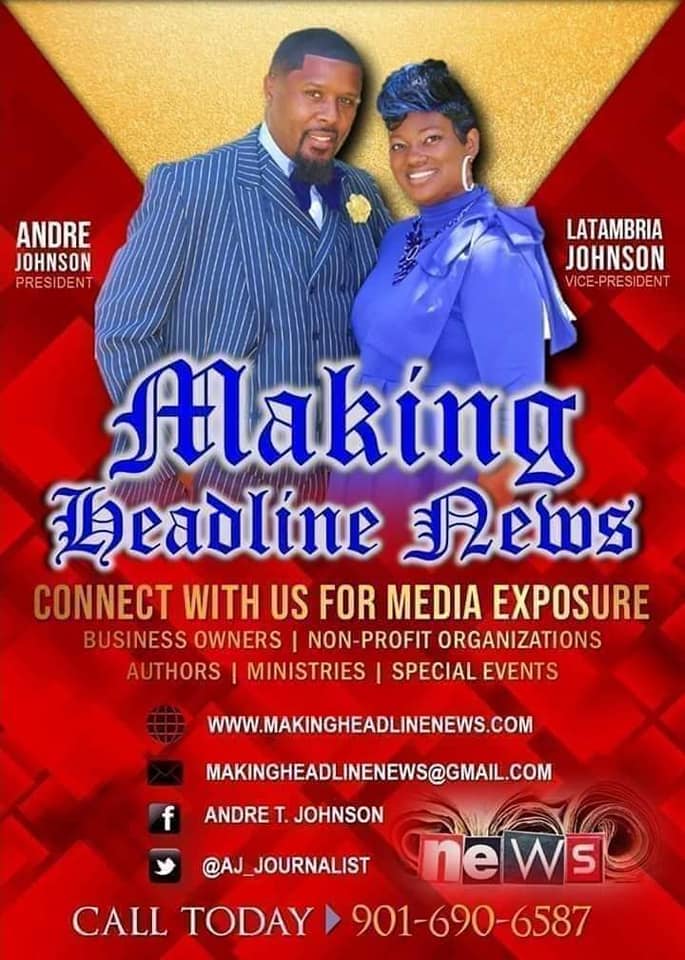