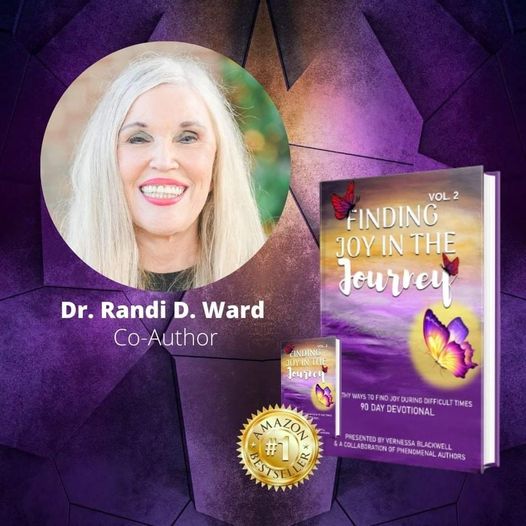 “The publishing author, Vernessa Blackwell, is a friend of mine,” Dr. Ward, during a weekend interview with Making Headline News, said, recalling how her quest of joining Blackwell’s latest anthology had become a much-anticipated reality. “When she announced this new book, I wanted to be a part of it. I had purchased and had read Volume 1 and had been so inspired by it.”

To her distinctly unique credit, Dr. Ward has made it a point to join what could be appropriately described as a notable movement by inspiring the masses through Blackwell’s newest project to date.

A native of Lawrenceville, Georgia, Dr. Ward is one of 90 co-authors to share of her awe-inspiring testimonies in Finding Joy In the Journey Vol 2: Healthy Ways To Find Joy During Difficult Times 90 Day Devotional, Blackwell’s highly-anticipated 12th anthology that made its official debut in July 2021.

On December 15, 2019, Dr. Ward’s husband, Bill Ward, lost his battle with lung cancer, this after spending 31 days in the hospital.

The Wards had been married for 47 years and share a son, Mark Ward, who assumes the role as art director of Germany’s Readers Digest.

“I was devastated,” Dr. Ward recalls. “I needed to find the joy I had lost. This book gave me the opportunity briefly to share how God helped me through this horrible period of grief. The Holy Bible also reminded that on the day we are born the day we will die is already predetermined. I finally accepted and realized my beloved Bill was no longer suffering and was in a better place with God. As a retired English teacher, I wrote my story several days after signing the book contract. However, it was not submitted until notification was given to do that.”

As for the divine message she aspires to send to her reading audience through Finding Joy In the Journey Vol 2: Healthy Ways To Find Joy During Difficult Times 90 Day Devotional, Dr. Ward emphasized, among other things, that if God brought you to it, He’s faithful and just to carry you through it — a life-altering experience to which she can greatly attest. 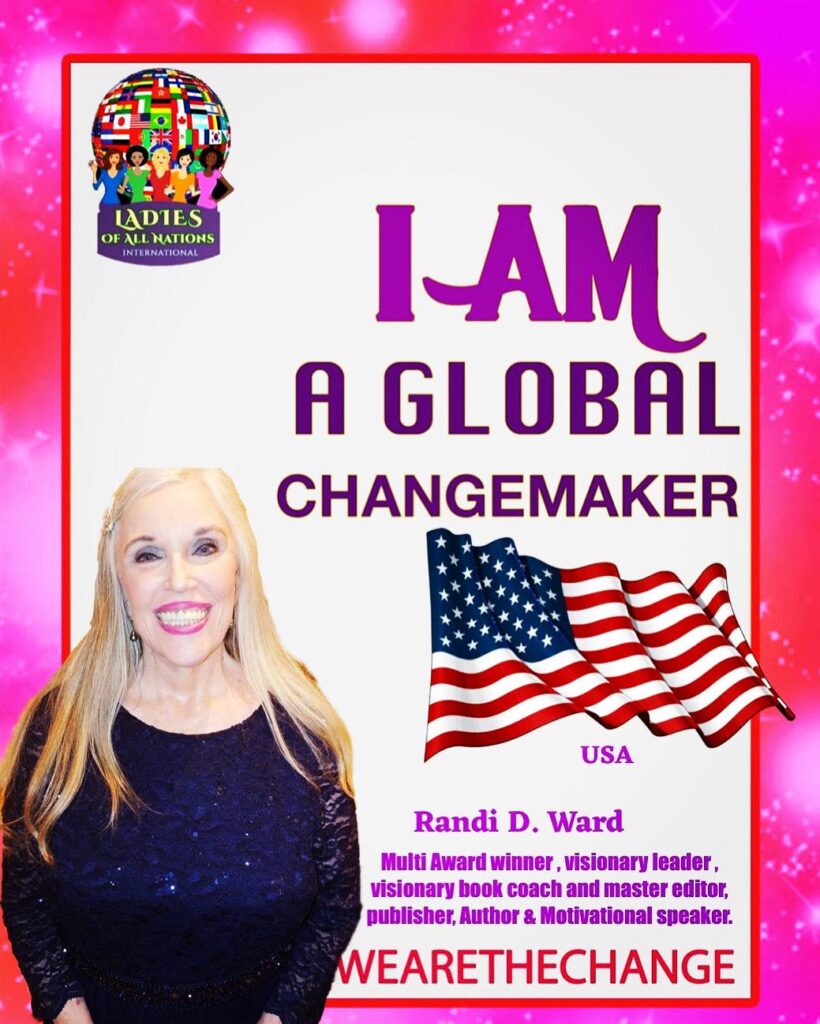 “No matter how difficult life can be or what tragedies we face, our faith in God can help us to move forward and survive,” Dr. Ward said. “He is always with us if we open our hearts to Him. Even though we may not always understand His plans for us and the ones we love, He knows best, so we must accept His decisions.”

An accomplished blogger, YouTuber, professional editor, and an international speaker who has appeared on more than 60 radio, video, and Zoom platforms, Dr. Ward made her authorship debut in 2011 with the release of Because I Believed In Me: My Egyptian Fantasy Came True. The following year, she witnessed the release of what she labels “my true memoir of my life as a teacher in Cairo during Egypt’s revolution in 2011-12.” 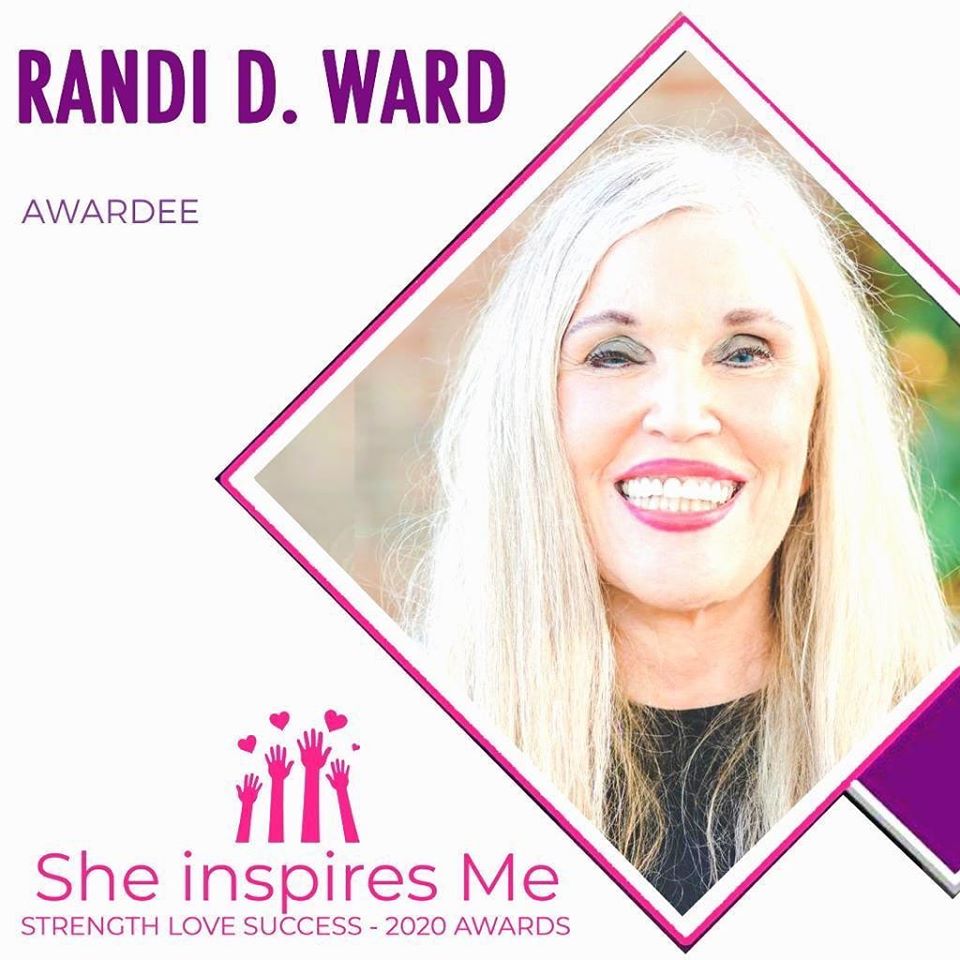 After a six-year hiatus, Dr. Ward witnessed the release of A Cup of Love, an anthology that debuted in February 2018. Then in December 2020, she joined Quarentena and Beyond, a collaborative written work she assembled with Ada Gartermann in the United Kingdom.

Besides Finding Joy In the Journey Vol 2: Healthy Ways To Find Joy During Difficult Times 90 Day Devotional, Dr. Ward has contributed to three other anthologies this year: Global Achievers (Volume One), which debuted in  January; 100 Most Successful Women Around the World (Volume 1), which made its release in June; World Leaders Experts Book, which debuted in August. 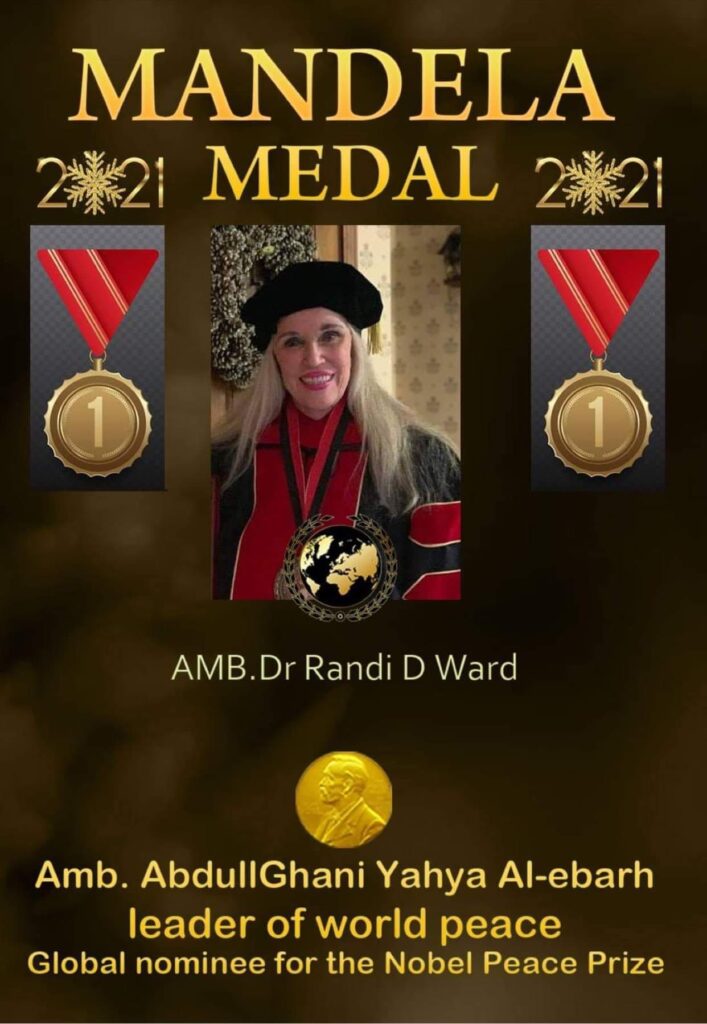 “I had promised my husband (that I’d) continue to dream bigger — which is a part of my life philosophy — and never to give up no matter what,” said Dr. Ward, explaining the divine purpose for which God created her. “Writing this story was one of the steps in helping me to do these things.” 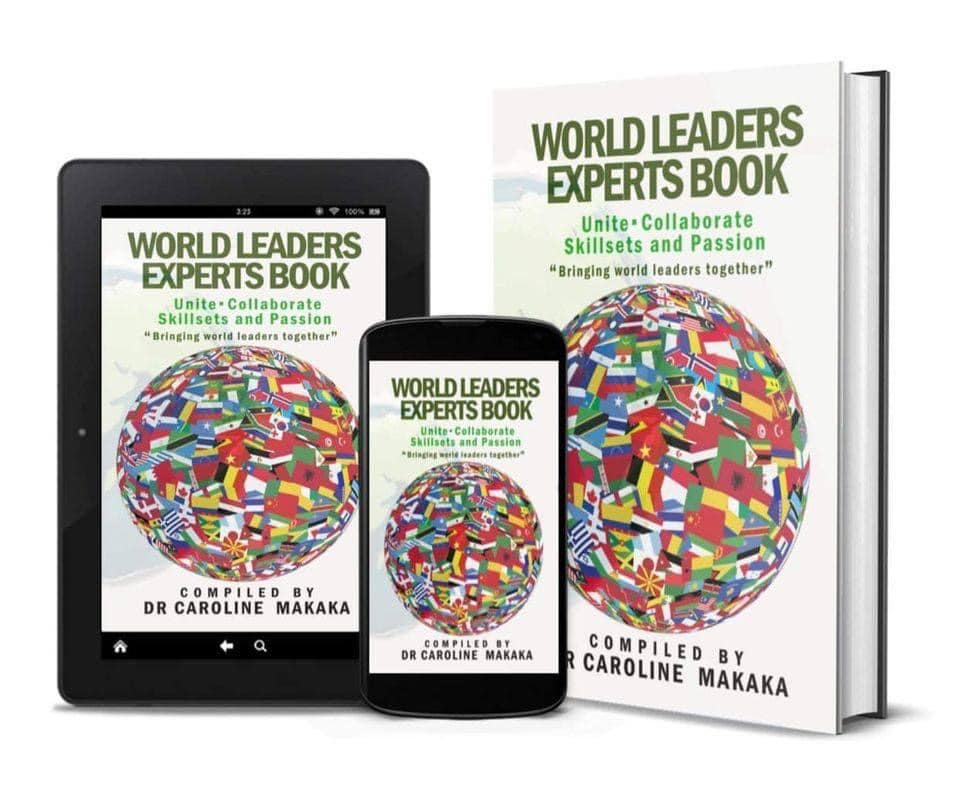 Much to her delight of this Marshall University alum, Dr. Ward has become the beneficiary of an assortment of rave reviews since the release of Finding Joy In the Journey Vol 2: Healthy Ways To Find Joy During Difficult Times 90 Day Devotional.

“My friends who have read my story have been impressed by my strength and courage,” she said. 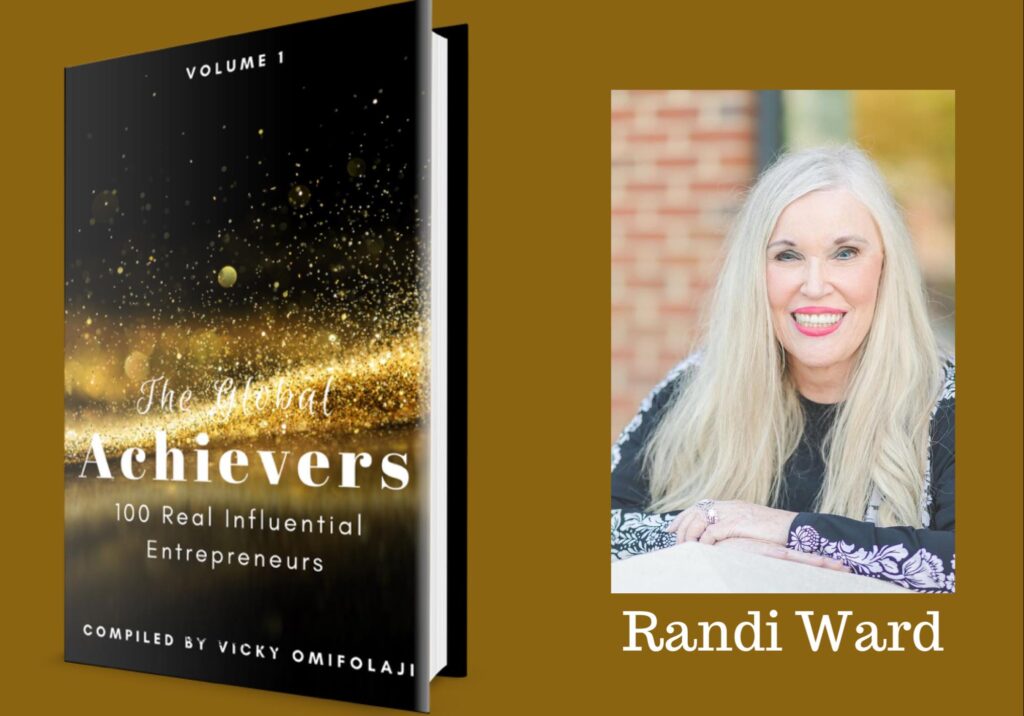 Other books are forthcoming much sooner than later, Dr. Ward announced.

“Many…My Egypt book is being translated into Arabic and will be on the market soon. My first novel, Random Wanderings — a world travel adventure and love story written during the eight months in 2015 I was recovering from a near fatal car accident — will be on the market in December. I am a prolific writer and in 2022 hope to publish my children’s stories, my adult short story anthology, my books of poetry, and my second novel Wandering No More, which is 85 completed.” 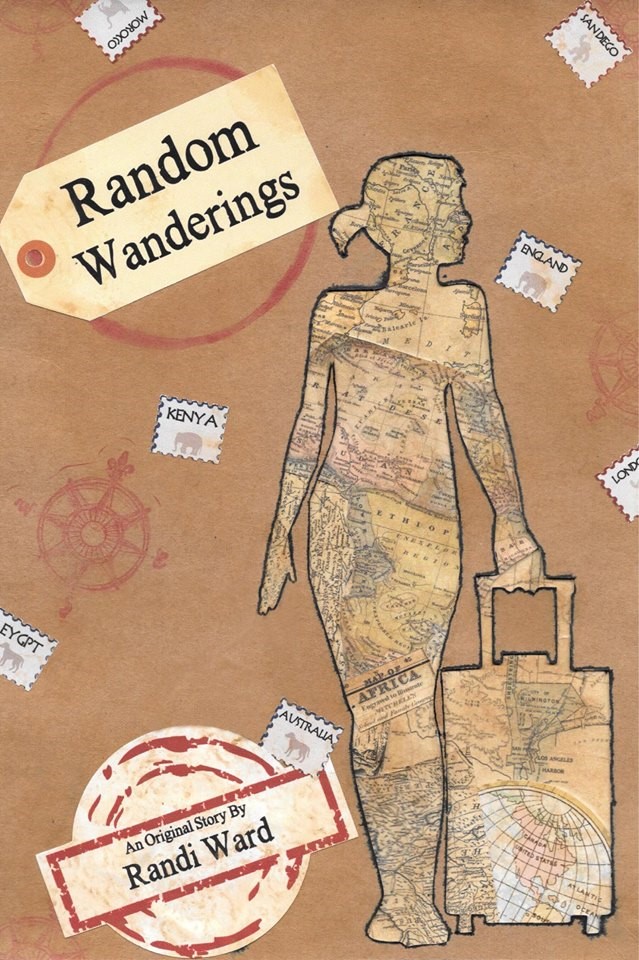 For more information about Lawrenceville, Georgia Author, Dr. Randi Ward, to inquire about her books, to schedule her for a public appearance, book signing or speaking engagement, connect with her via social media at: https://www.facebook.com/profile.php?id=100057615122923; LinkedIn: https://www.linkedin.com/in/randidward/. Send email to: randiteach@yahoo.com. 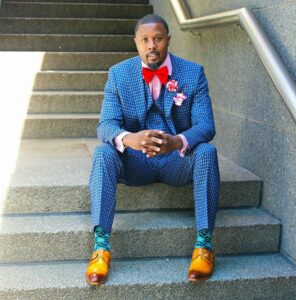 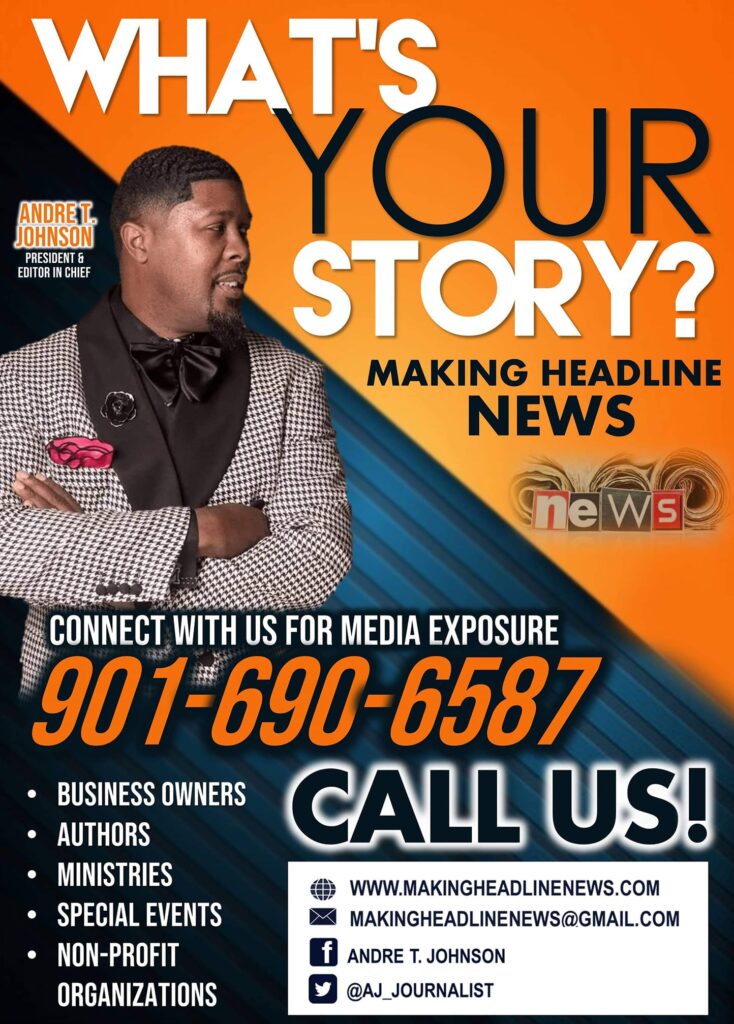 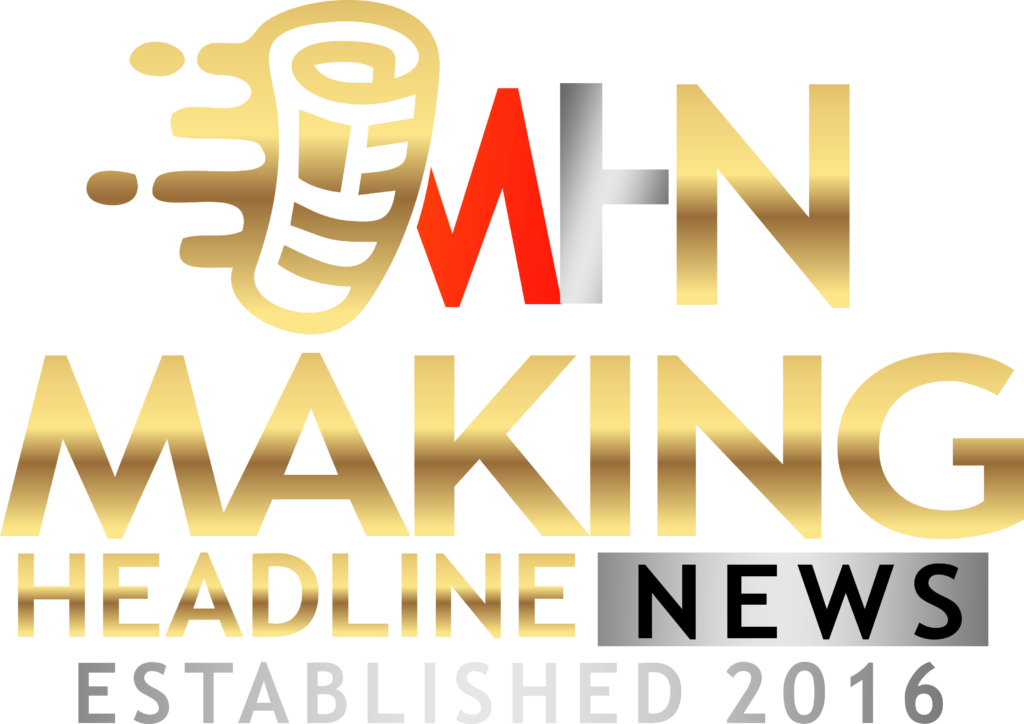