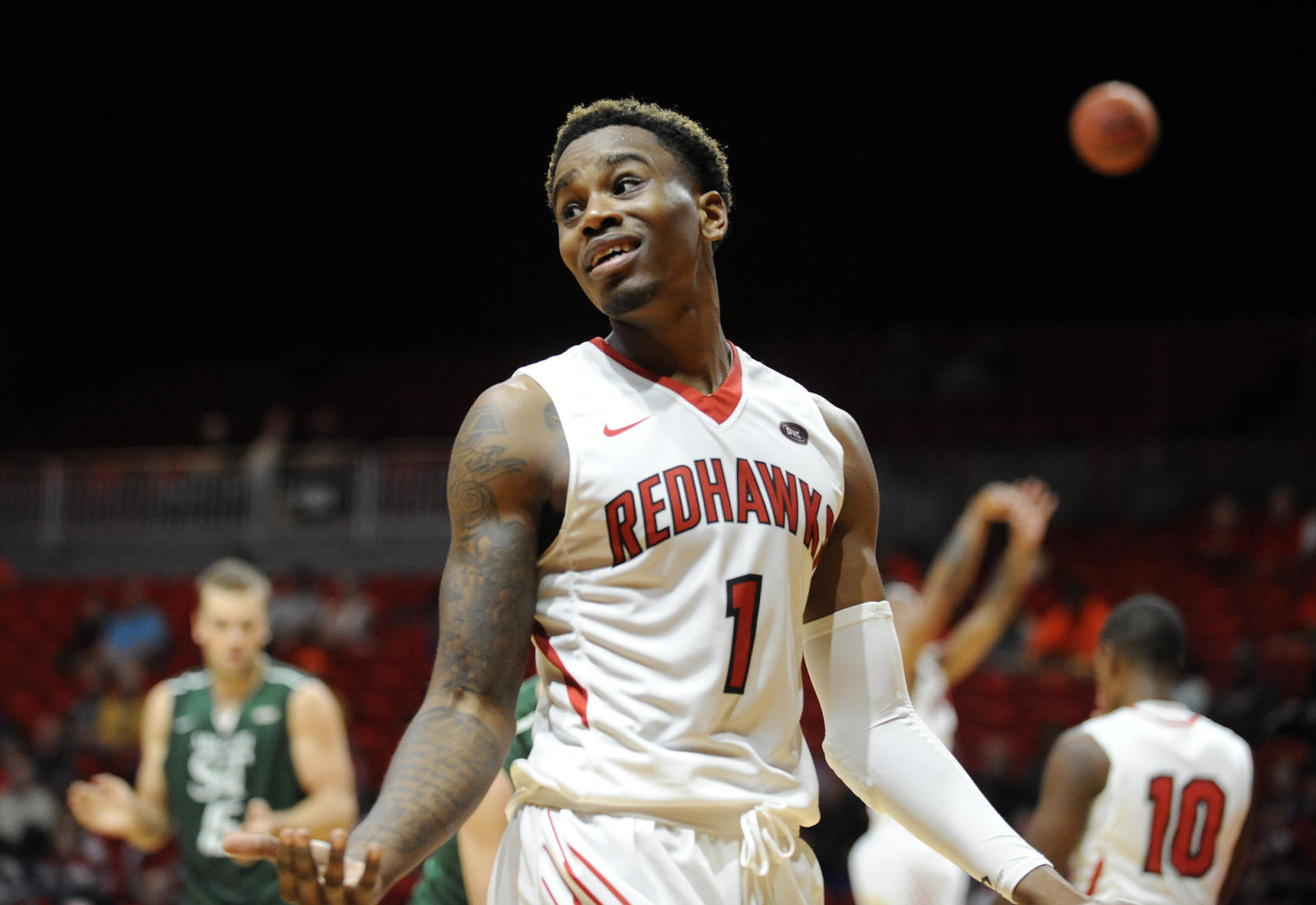 Antonius Cleveland insists that it will be just like any other day.

“I think it’ll be like any other day, to be honest” Cleveland, during a telephone interview Wednesday night with Making Headline News, said when asked what will go through his mind when he’s honored during Saturday’s Senior Day pregame festivities as he prepares to play his final collegiate home game when Southeast Missouri State welcomes Austin Peay State. “I’m just prepared to play a home game. But it’s being my final home game will be special.”

Not to mention a rather emotional, tear-jerking occasion orchestrated by his mother, Shonda Bowie, who is expected to bring a busload of family members, close friends, and well-wishers from Memphis as they witness her son play for the final time at SEMO’s Show Me Center.

While there is still a lot of basketball to play for the Redhawks (13-16, 8-6 in the Ohio Valley Conference), who are aiming to end a 17-year NCAA Tournament drought, Saturday figures to be a day of remembrance — and reflection — for Cleveland, one of SEMO’s four seniors and the team’s featured player who’s making a strong case that he could perform on basketball’s grandest stage in the coming months — the NBA.

Having arrived on campus as a true freshman after a successful prep stint at Faith Baptist Christian Academy in Ludowici, Georgia, Cleveland is a four-year starter who has proven to be as good as advertised.

Besides his dazzling athleticism and remarkable leaping ability, Cleveland boasts an efficient all-around game, considering he leads the Redhawks in scoring (17.0 per game), field goal percentage (.054), and minutes played (32.9 per game).

Add to the fact that 6-foot-6, 188-pound swingman has managed to attract the attention of several pro scouts while appearing in each of SEMO’s 29 games, and it’s no wonder the possibility exists that this mid-major standout could very well find himself auditioning for an NBA roster spot in the foreseeable future.

According to DraftExpress.com, Cleveland is ranked amongst the nation’s top 15 seniors and is rated No. 99 amongst the top 100 prospects, which means if the NBA Draft took place today, the 23-year Cleveland would, in all likelihood, sign as an unrestricted free agent.

All things considered, what is extremely pivotal for Cleveland at this point is to earn an invite to the Portsmouth Invitational Tournament April 12-15 in Portsmouth, Virginia.

While his chances appear favorable, Cleveland contends that isn’t his primary focus.

“I don’t think it’s something I’ve been thinking about as much,” Cleveland said. “Right now, I’m just focusing on the season and finishing the year strong, although I’m just as talented as anybody else.”

To his credit, Cleveland certainly has been dubbed one of college basketball’s best dunkers.

Last week, SEMO announced that Cleveland is among 16 finalists for the 2017 Dark Horse Dunker competition and that he is in the running to compete in the State Farm College Slam Dunk Championship Final Four weekend in Phoenix.

The mostly soft-spoken Cleveland, who was informed this week that he has advanced to the round of eight, seemed somewhat surprised by the news.

“Our SID (Jeff Honza) told me that I was nominated and I told him I was cool with it,” Cleveland said. “The school has done a great job of promoting it. I think I’ve got a good chance and my chances are pretty good.”

As for increasing his NBA stock, Cleveland, who isn’t listing among the 60 picks in NBADraft.net’s latest mock draft that was released on February 16, said the Redhawks earning an automatic berth to the NCAA Tournament essentially could allow him to generate more exposure as a legitimate mid-major prospect.

“I think it’s important, because it’ll say a lot about your program,” Cleveland said. And, as for myself, it’ll be a boost as far as people realizing who I am.”

Much like the gallery that will be making the 2 1/2-hour trip from Memphis to Cape Girardeau, Missouri to witness him play for his final home game.