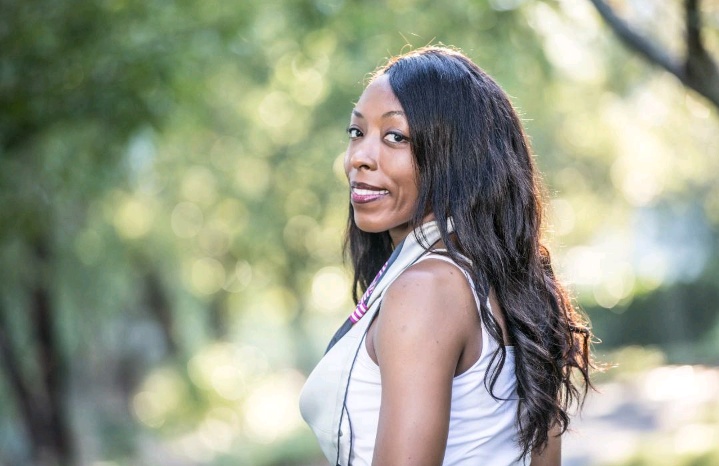 Consider, for instance, how Lloyd essentially drove home such an intriguing notion by way of a rather compelling Facebook post shortly after 8 a.m. EST on Sunday.

Said Lloyd in a spirited, thought-provoking post that was comprised of what she dubbed, “True Words of Wisdom:”

People will only have as much control as you allow them to have. If you keep letting a person hurt you, they will only hurt you more. If you keep letting a person use you, they will not stop using you. If you allow a person to get comfortable with disrespecting you, there’s a high possibility that they will not leave that place of acting like that toward you anytime soon. But the antidote to all of these problems and those similar to these is putting a stop to it. It’s as simple as that. When you understand who you are and how valuable of a person you are, you will no longer choose to settle for being treated less than that. Grow into the confidence God has given you and you will grow into the person He has created you to be, a person of worth.

Some pretty dauntless and awe-inspiring words by a devout woman of faith whom, to her credit, has remained true to herself both in the natural and spirit.

A well-respected military veteran, Lloyd is accomplished Woodbridge, Virginia businesswoman and author, who has been blessed — and stayed true to herself — mightily, considering she has made her presence in the ever-so-popular world of authorship.

A native of Clio, South Carolina, Lloyd is amongst 22 writers who joined forces to compose the book entitled, “You Have No Idea The Hell I’ve Been Through,” a collaborative and informative written document whereby they miraculously spoke about how God steered them from what they described as pain to purpose.

For Lloyd, her assortment of emotionally-driven, life-changing testimonies have benefited and enhanced not only her faith walk with God, but rather those whom, by all accounts, have endured similar experiences.

“To give my testimonies about how I overcame witnessing my father abuse my mother, being sexually abused as a child, and being black balled from the military,” said Lloyd, during a weekend interview with Making Headline News, when asked what is her purpose for choosing to collaborate last summer with a host of authors to compose You Have No Idea The Hell I’ve Been Through.

Not to be outdone, Lloyd is also responsible for having written yet another remarkably compelling book, this one entitled, “What’s Blocking Your Confidence: Effective Ways To Conquer Your Fears.”

Powered by Rejoice Essential Publishing, Lloyd’s “What’s Blocking Your Confidence: Effective Ways To Conquer Your Fears” was officially released on August 11, 2018, and is centered largely on this Christian-based writer providing some pertinent information, most notably that which fear, as well as the essential tools needed to walk in the confidence that God has given us.

This book also speaks about a great deal of transparency shared by Lloyd, particularly during which she was once bound by fear and how God miraculously delivered her from it.

“There is hope for those who believe that living in fear is the way of life,” said a spokesperson in a detailed breakdown of Lloyd’s What’s Blocking Your Confidence: Effective Ways To Conquer Your Fears at Amazon.com. “You no longer have to be bound by fear. You can be set free. In this book, you will understand what fear is, and how the enemy (satan) is using fear against you. Find out what happens when you allow fear to override your faith.”

As expected, the feedback since the much-anticipated releases of these books have been overwhelmingly favorable, Lloyd acknowledged.

“I was blown away at how so many women told me my story touched them,” Lloyd said. “They were shocked at the things I had went through and how God was able to heal me from all of the pain, betrayal, and fears that I had gone through. So many women are embarrassed by the challenges they had to face — and that’s exactly what the enemy wants — but because of my transparency, so many women and men can be set free, stay free, and receive the confidence that God has for them.”

Having accepted what she labels her God-mandated calling to authorship in 2015, Lloyd doesn’t shy away from the notion that God is using her as a vessel to write in such a fashion that her immeasurable gifts would ultimately to draw others to or back to Him.

“The Father told me that He did not allow me to go through everything that I went through to watch me suffer,” said Lloyd, adding that she’s currently fielding speaking engagement requests to promote of her books. “He allowed me to go through everything that I have gone through so that it can be used to help others, especially women. I have a passion to encourage women all over the world.

“Encouraging others with the words that I write and speak is how I am able to not only become stronger every time I release these words, but how others can gain the strength and confidence that they need so that their testimony can come forth as well.”

Eloquently said by this devout woman of faith, one who undoubtedly aspires daily to live and savor a faith led life.

For more information about Woodbridge, Virginia-based Author LaShana Lloyd, or to schedule her for a public appearance, a book signing or speaking engagement, connect with her via Facebook under: LaShana Lloyd. Also, send email to: info@faithledlife.com.