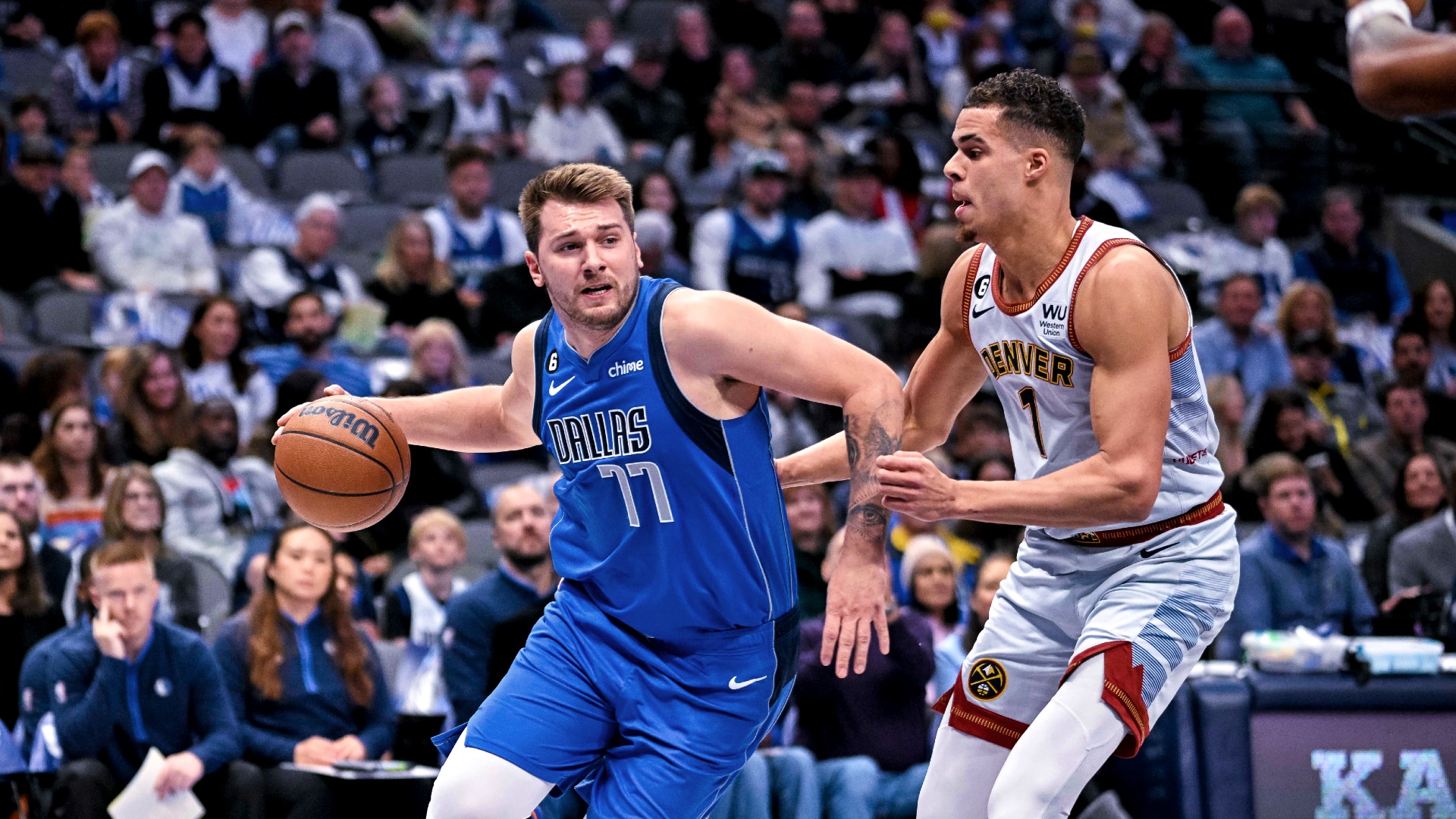 The Mavericks improved to 1-0 in their mini-series against the Denver Nuggets.

In the first of two games over a three-day stretch between the teams, Dallas blew the game open after the opening quarter, witnessed six players score in double figures, and coasted a 127-99 win over the Nuggets before an announced crowd of 20,135 Friday night in the American Airlines Center.

Dallas welcomes Denver in a rematch Sunday at 6:30 p.m. CST at the AAC.

As usual, the Mavericks got a masterful display from superstar Luka Dončić, who was back in the lineup after sitting out Wednesday night’s home loss to Houston.

Dončić registered a game-high 33 points on 11-of-22 shooting, 12 rebounds, and 11 assists against the Nuggets to become the 10th player in NBA history to record 50 triple-doubles.

“It’s pretty impressive. He’s already re-writing the record book,” Mavericks coach Jason Kidd said after Dončić became the second-fastest player (23 years, 263 days) to reach 50 triple-doubles behind Oscar Robertson (23 years, 42 days). “That’s pretty cool to do it, to be the second (fastest in history). Oscar was pretty special, so now to be right there with Oscar, to be the second-fastest to 50, just shows you how good he is.”

In winning the fourth outing of its second five-game homestand of the season, Dallas never trailed against the Nuggets and outscored the visitors, 44-28, in the second quarter to build an 18-point lead at the half.

On this night, the Mavericks led by as many as 31 and, besides Dončić’s remarkable performance, Dallas got superb play from its bench.

Reserve big man Christian Wood, showing no signs of rust after a knee injury he sustained last week, came up huge with a season-best 28 points on 11-of-16 shooting and eight rebounds for Dallas, which will look to sweep Denver when the teams play the last of back-to-back meetings Sunday.

Spencer Dinwiddie scored 15 points, Tim Hardaway Jr. came off the bench to score 13 points, and Reggie Bullock and JaVale McGee had 10 points each for the Mavs, winners of three of their last four outings.

“We kind of know (in past games this season) when the other team has superstars out that we lose a game,” Dončić said after Friday’s win against the shorthanded Nuggets. “We’re kind of known for that, I guess. Today, we had to change this. Just approach the game the same way. They have good players, they’re still a good team. They have plenty of guys who can go off without Nikola. I think we had to be ready, and the plan succeeded.”

Kentavious Caldwell-Pope and Bruce Brown scored 18 points each to lead Denver and Bones Hyland 17 points on 5-of-16 shooting off the bench for the Nuggets, who have dropped three of their last five games. — Andre Johnson