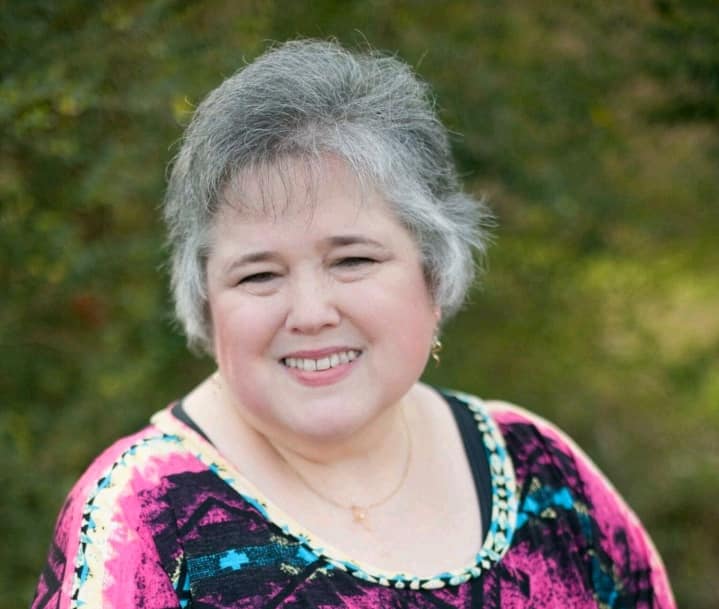 One thing about Elizabeth M. Clamon, when life hurls in her direction figurative curve balls, she’s destined to exhibit a positive, spirited disposition as a result.

Such was the case just after midday EST on Tuesday when Clamon erected a rather inspiring image to her Facebook timeline.

The post Clamon had shared before her gallery of social media friends read: When life gives you a hundred reasons to break down and cry, show life that you have a million reasons to smile and laugh. Stay strong.

For Clamon, staying strong is something about which she has come to embrace, most notably through her divine calling as an accomplished author.

Amongst the reasons is that Clamon has become a fixture by way of a few remarkably compelling books, all of which are advancing the kingdom mightily in the process.

A native of Bossier City, Louisiana who currently resides in La Grange, North Carolina, Clamon latest project is featured in “I Rise, Living Beyond The Bruises,” a book that is forwarded by Flint, Michigan-based author and empowerment extraordinaire Precious Brown, the founder and CEO of Kilgore Publishing.

An empowering written document that is comprised of several other accomplished writers, “I Rise, Living Beyond The Bruises” is scheduled to be officially released in December.

Like the other authors who have contributed to “I Rise, Living Beyond The Bruises,” Clamon is thoroughly appreciative of the fact that God spoke to her through Brown to partake in a composing a book that is already having a  monumental impact prior to its official release.

“I was asked by Precious Brown to participate in the I Rise Tele-Summit,” Clamon told Making Headline News during a recent interview. “It was such a wonderful, uplifting experience that when she asked me to take an expanded chapter in I RISE; Living Beyond the Bruises, I knew in my spirit that God had put this opportunity in my path and wanted me to share my story as part of this innovative book.”

Given the immeasurable strides she’s made in the world of authorship, it’s safe to assume that writing is surely Clamon’s God-mandated calling.

“God has been calling me to share my journey in Beauty Rising From Brokenness: Journey Through Childhood Trauma And Chronic Illness Into Healing since I attended a women’s conference in 2002,” Clamon explained. “I had no idea at that time the path God was going to lead me down to attain freedom and optimal health. I have been on this path to healing and breaking free ever since.”

To her credit, coupled with the divine calling on her life, Clamon’s ability to heal according to God’s perspective essentially has become greatly connected to her ministry in various aspects.

“God created me to serve those who are hurting and broken hearted,” said Clamon, explaining the purpose for which God created her to assemble her books. “He has given me a unique ability to connect with people on a deeper level, even if we have just met. I love people, spending time with them, listening, and comforting them. I also have the wonderful gift of laughter. I believe laughter is good medicine, and if I can help others lighten up and laugh, then I have achieved my purpose of brightening their day and perhaps more.”

Surely, Clamon is achieving her purpose as an author, one who has been extremely active in recent years.

Interestingly, Clamon contributed to a project entitled, “Voices Of The 21st Century,” a book that is presently in the works by the Women Speakers Association and is scheduled to be released on October 16.

Not to be outdone, Clamon has announced that other books are on the horizon.

Her next book on deck is entitled, “Shattered: Rising From The Pieces And Rebuilding Your Life,” which is scheduled to be released in early 2019.

Also, she will be contributing to the following collaboration books in the upcoming year:

A Woman’s Guide To Creating More Freedom: Quitting Her 9-to-5 And Creating Her Dream Life; I Am Who God Says I Am: Living My Life On Purpose I AM Enough in Christ; My Chapter Strong Becoming Unshackled And Breaking Free So You Can Soar; Unbreakable Moms Of Faith; and Today I Choose Me: From Empty Nest to Full Throttle.

“(I am) living proof that natural healing works…is a naturopath,” said Clamon, the CEO of Relentless Spirit Coaching, as well as the owner and operator of Clamon Natural Health.

Having earned a Bachelors’ Degree in Holistic Nutrition and a Masters’ Degree in Naturopathic Medicine from Clayton College of Health, Clamon studied psychology at Louisiana Baptist University.

For more information about La Grange, North Carolina-based Author Elizabeth Clamon, or to schedule her for a public appearance, a book signing or speaking engagement, connect with her via Facebook under: Elizabeth Clamon. Also, send email to: elizabeth@elizabethclamon.com.