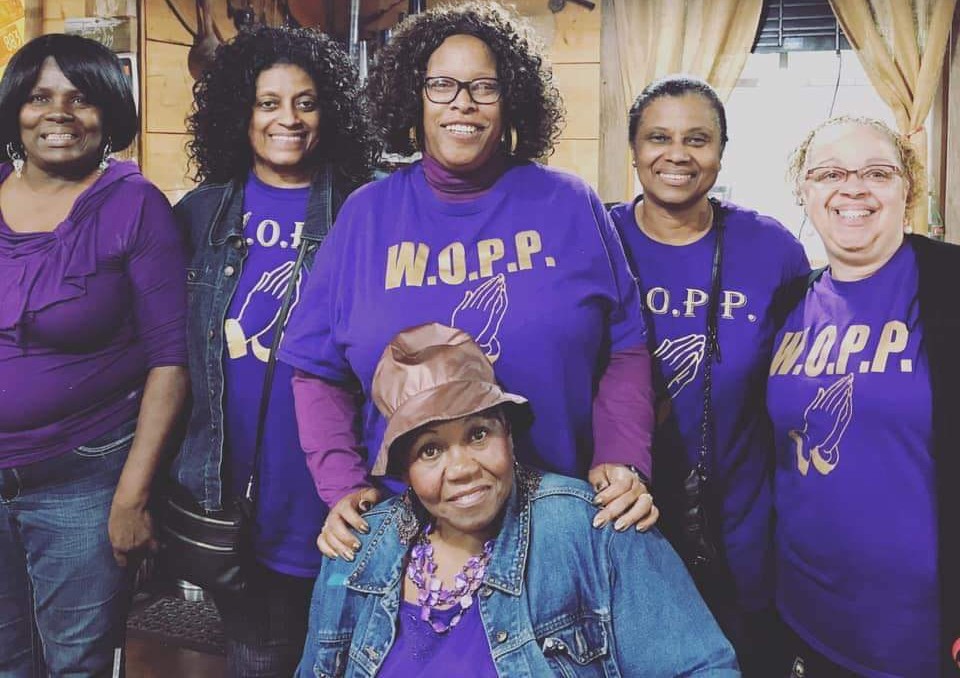 Two are better than one; because they have a good reward for their labour. (Ecclesiastes 4:9 KJV)

DALLAS — To her credit and much to her delight, Reverend Sheilah Easterling-Smith can be appropriately described as a Proverbs 31 kind of woman.

Not just because she’s a devout woman of faith.

Not just because she’s steadfastly on fire for God.

Not because she’s found her spiritual niche as one of God’s most dedicated and resourceful spokespersons.

More than anything, it is because Easterling-Smith, this beloved Mid-South-area preacher, is walking diligently in her divine purpose as the Founder and President of Women of Promise and Praise, her inspiring, spiritually-enhancing ministry that has become a constant fixture in the Body of Christ. 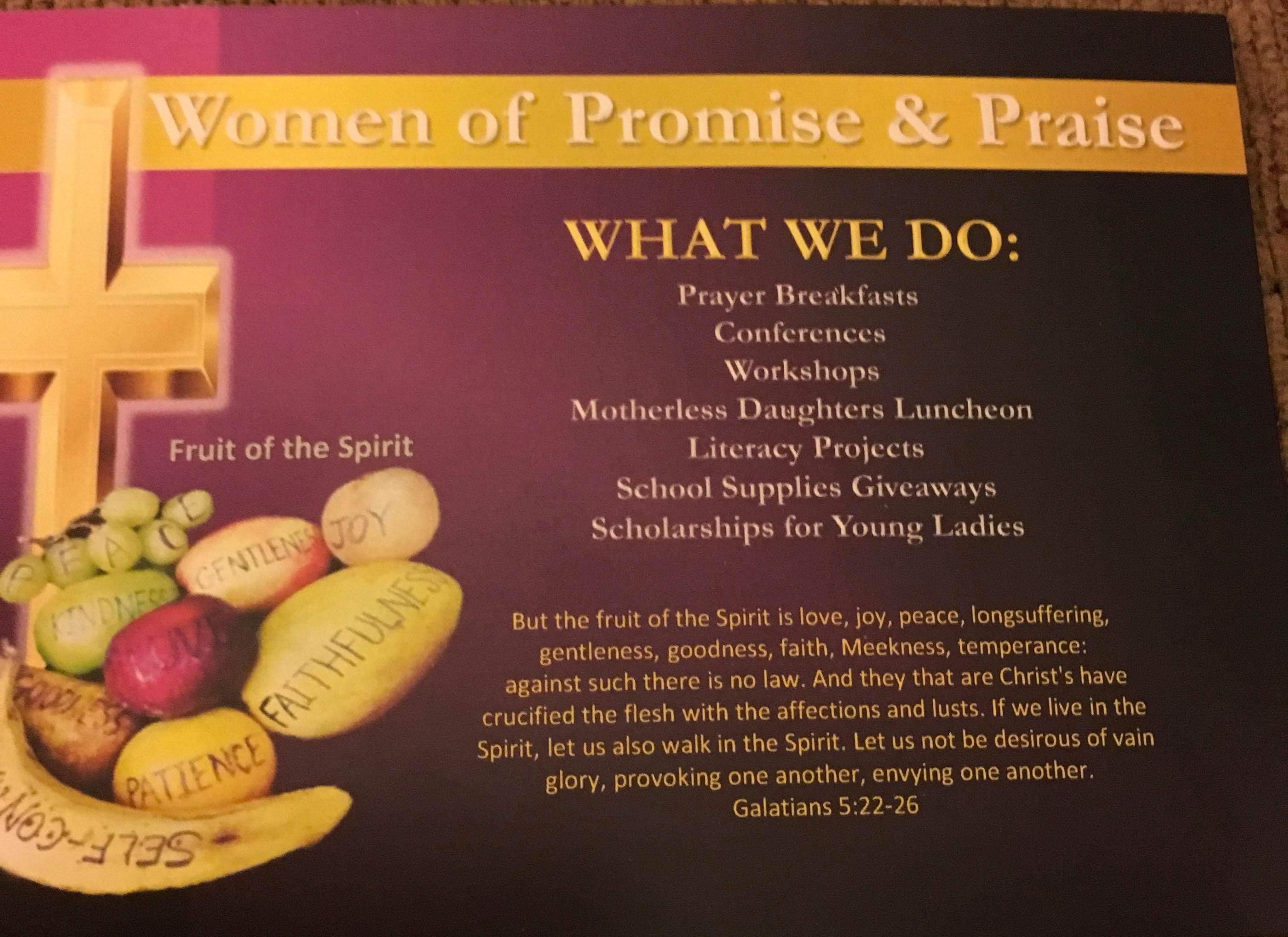 Established in 2007, Easterling-Smith’s Women of Promise and Praise (or WOPP) is comprised of a group of women dedicated to helping uplift and encourage other women.

“We also concentrate on educating young ladies,” said a spokesperson for WOPP in a detailed introduction of this ministry on its Facebook business page. 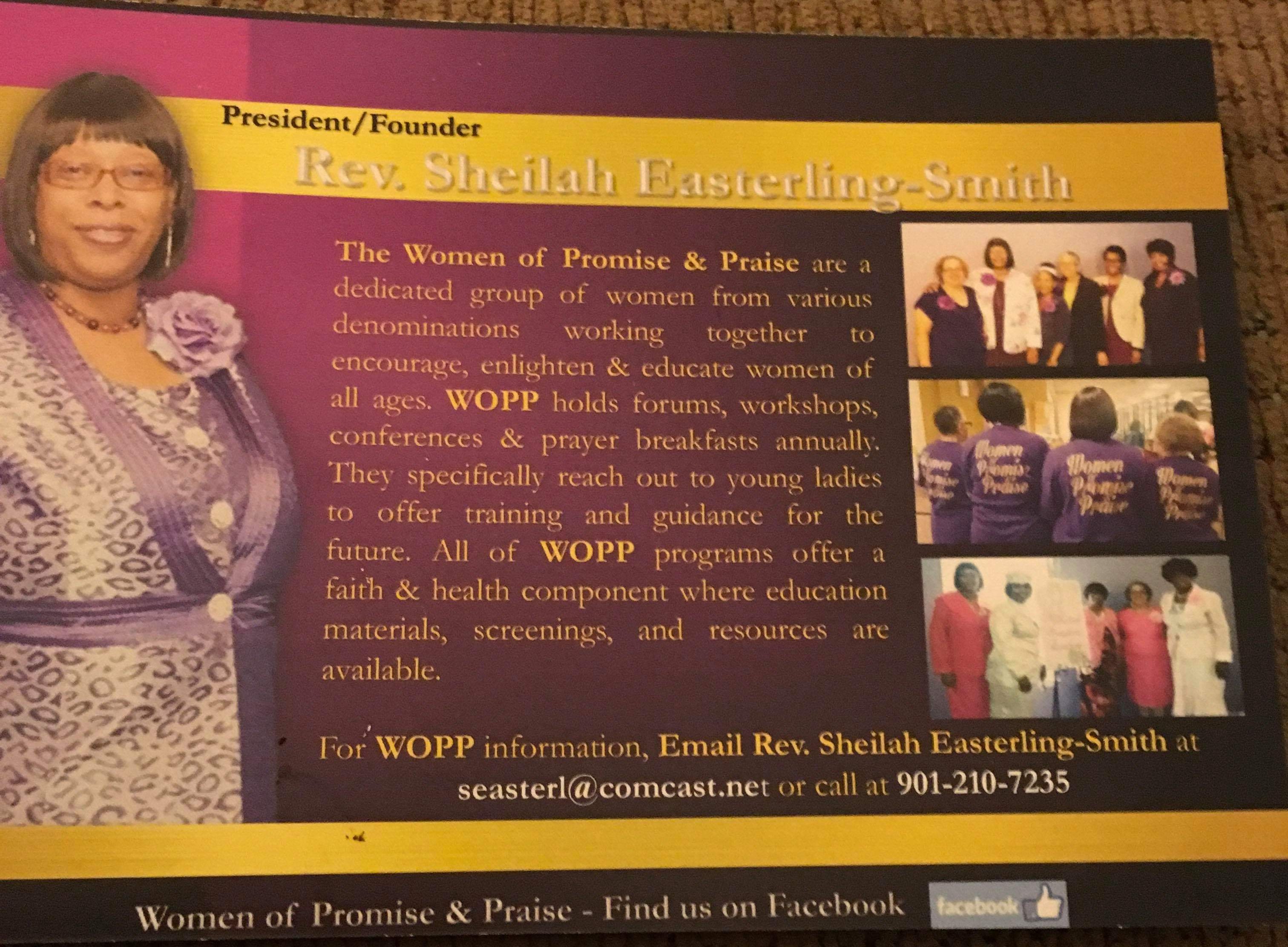 A notable ministry that is widely known for aiding and empowering women mightily to discover and reconnect with their God-given worth and purpose, WOPP is making preparations to hold “It Takes A Village” conference, its annual one-day event that will be comprised of a variety of workshops.

Powered by WOPP, this year’s “It Takes A Village” conference will take place on August 17 from 9 a.m. to 1 p.m. CST at Memphis’ Impact Baptist Church & Ministries, located at 2025 Clifton Avenue.

Tickets for this event are currently on sale and can be purchased by calling 901.210.7235 or by emailing Easterling-Smith at seasterl@comcast.net. 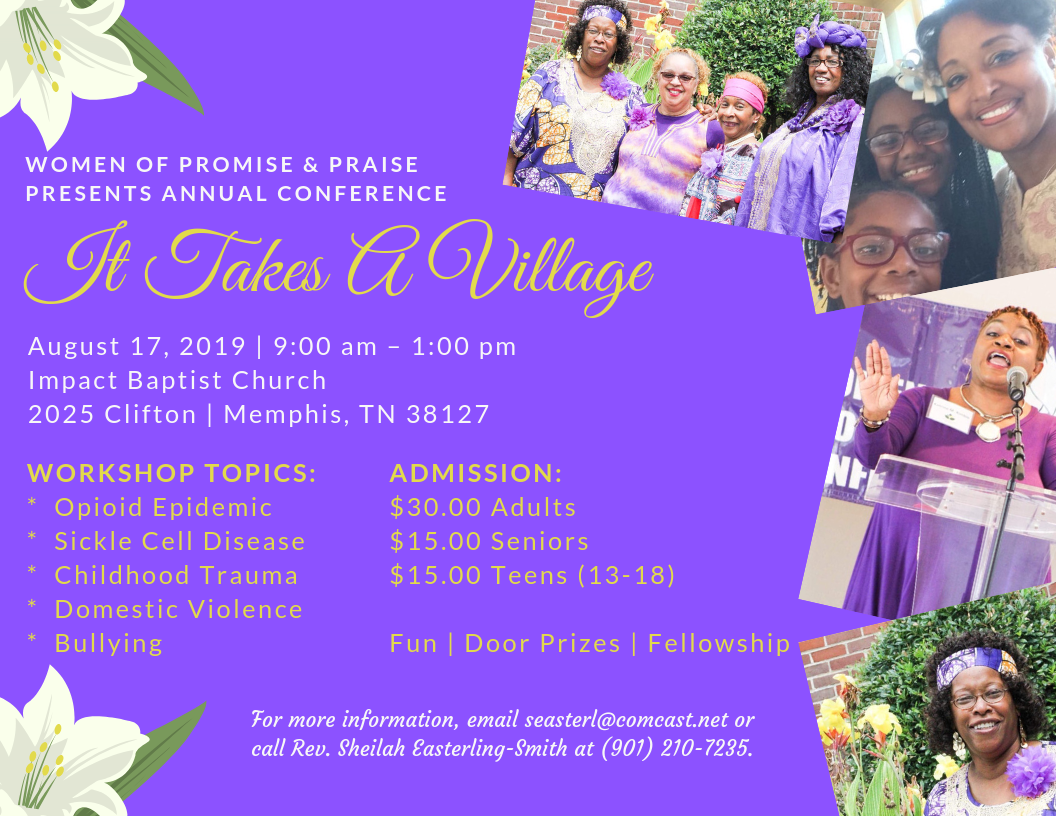 During Easterling-Smith’s “It Takes A Village” conference, an assortment of pertinent topics will be discussed, most notably opioid epidemic, sickle cell disease, childhood trauma, domestic violence, and bullying, just to name a few.

Also, door prizes will be given away during this fun-filled, community-wide fellowship.

Interestingly, WOPP will be hosting what is known as the “Seven Last Words Service” Friday night at 7 at Memphis’ Gifts of Life Ministries, located at 3381 Raleigh Millington Road.

This service, which is powered by WOPP, is a pre-Good Friday celebratory event and will be highlighted by a “preached word, drama, and music,” Easterling-Smith wrote in a Facebook post earlier this week. 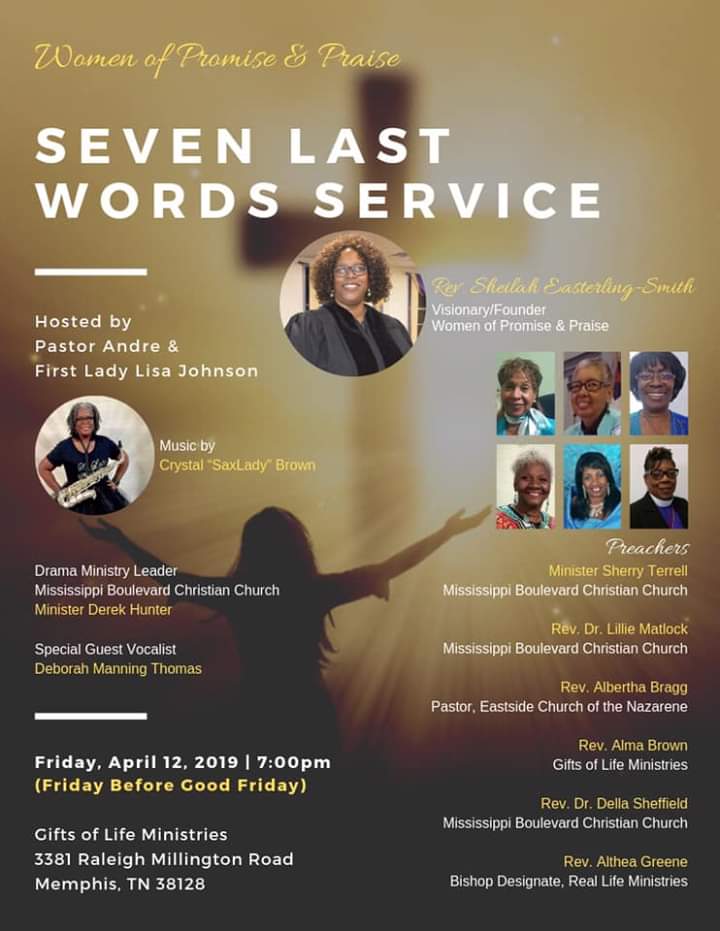 Hosted by Pastor Andre and Lady Lisa Johnson in conjunction with WOPP, the “Seven Last Words Service” will feature a gallery of at least a half dozen Mid-South-area preachers, as well as a musical presentation by Crystal “SaxLady” Brown.

For Reverend Easterling-Smith, she has managed to assemble what is widely regarded as an immeasurable body of word throughout the year, particularly as a clergywoman.

A native of Cleveland, Ohio, Easterling-Smith is a graduate of Cleveland’s historic John F. Kennedy High School, where she was devoted to academic excellence while being active in several extracurricular activities, most notably editor of the school’s newspaper.

One of the “First Ladies” (and captains) of what was known as the  Highsteppers, Easterling-Smith was named a Who’s Who in Cleveland Public High Schools.

Consequently, she enrolled at Indiana State University on an academic scholarship, where she earned an undergraduate with degree in Journalism, a feat that eventually landed her a job in public relations in nearby Chicago. Her professional work experience includes having worked as an R&B promoter for Malaco Records, during which she represented entertainers Z. Z. Hill, Johnnie Taylor, Denise Lasalle, and Little Milton, among others.

Upon relocating to Memphis, Easterling-Smith worked at The Commercial Appeal in the Composing/Make-Up department before she discovered a spiritual detour, of sorts, after she had become a member of Memphis’ historic Mississippi Boulevard Christian Church.

While operating as the President of WOPP, she is a member of the Fellowship of Black Disciples Clergywomen, North Stakeholders & Clergy Group, the Frayser Exchange Club, as well as the Church Developers Network.

For more information about Mid-South-area Minister/Businesswoman Reverend Sheilah Easterling-Smith, or to schedule her for a public appearance or speaking engagement, or connect with her via social media at: https://www.facebook.com/sheilah.easterlingsmith. Also, send email to: seasterl@comcast.net. 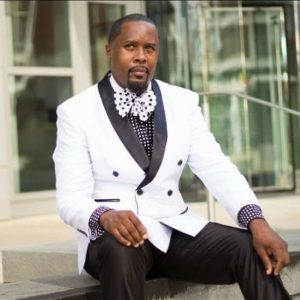 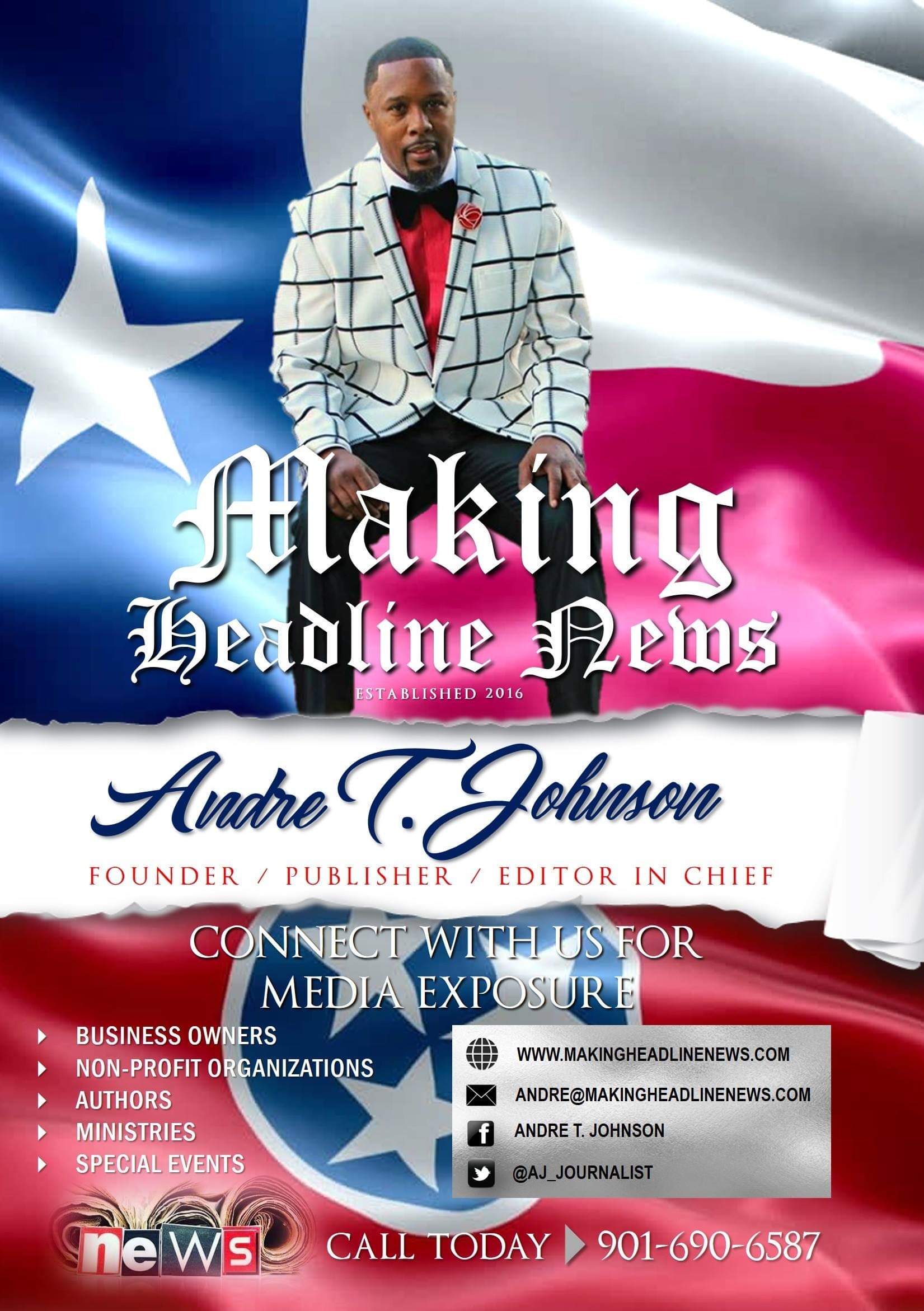 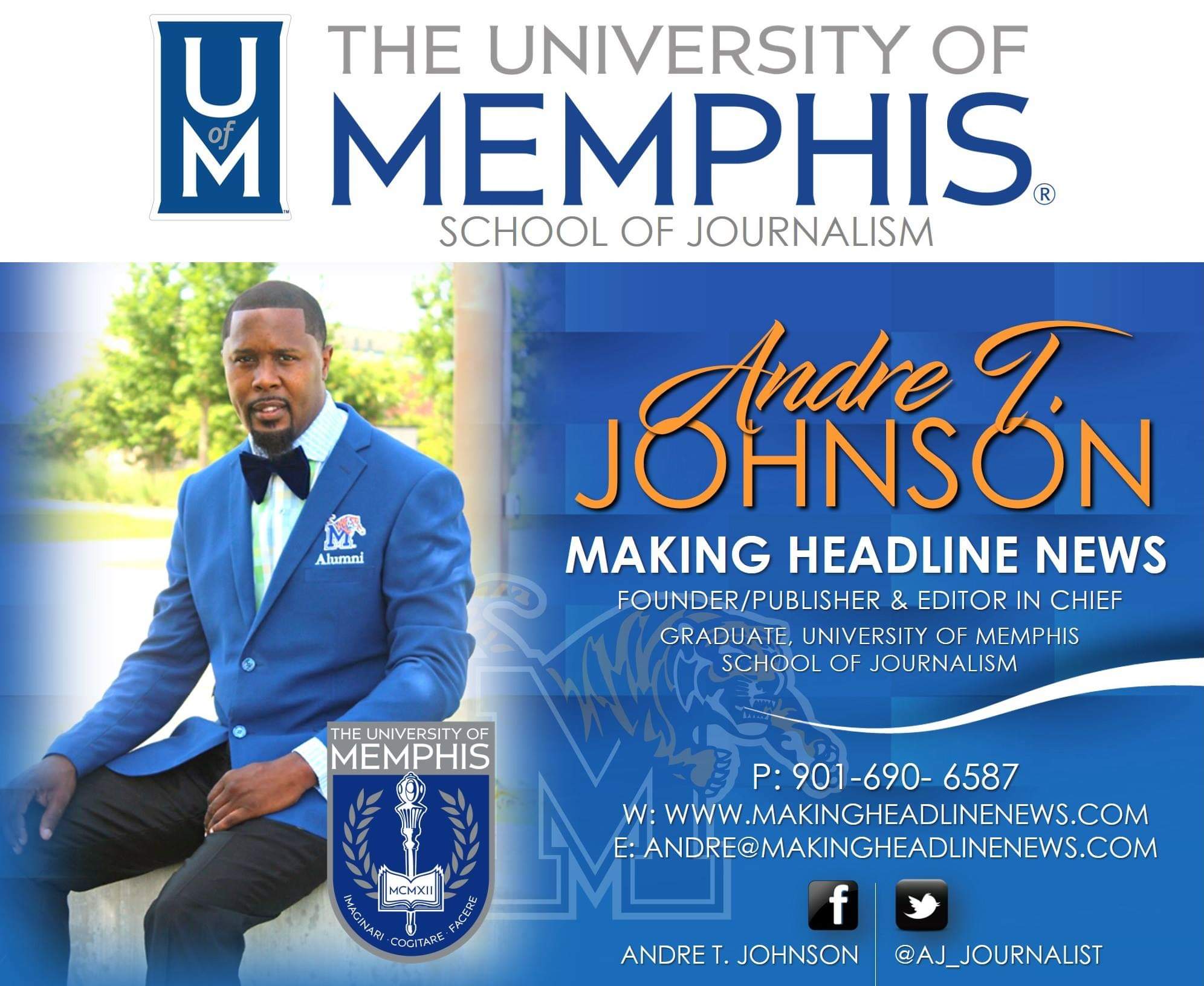